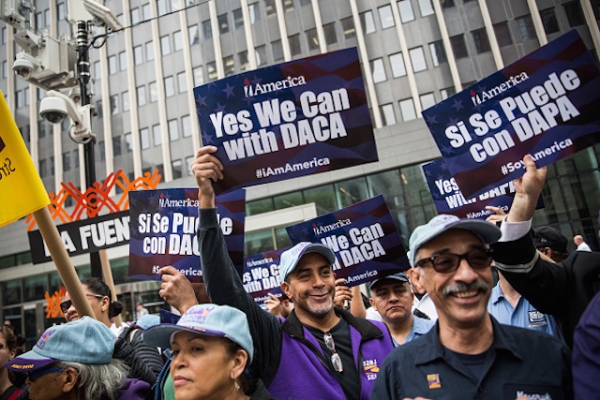 The real reason for the failure of so many to apply for the Obama DACA program.

The President’s Chief of Staff, Gen. John Kelly, recently raised some eyebrows when he postulated that many illegal aliens who could have applied to participate in the Obama administration’s illegal DACA program may have simply been too lazy to apply for temporary lawful status when the program was in effect.
Although General Kelly had a highly successful and laudable record of service to our nation in the United States Marine Corps, he never enforced nor administered our nation’s immigration laws.  His lack of experience and subsequent lack of understanding about the challenges that confront those who enforce and administer our immigration laws have apparently caused him to come to a very wrong and, indeed, dangerous conclusion, which may have influenced President Trump’s decision to provide lawful status and a pathway to United States citizenship to three times as many aliens as were covered by the Obama administration’s DACA program.
Gen. Kelly may not realize that many of those applicants may be successfully gaming the immigration system by committing immigration fraud.  They didn’t enroll not because they were lazy but because they weren’t present in the United States during the enrollment period and would falsely claim they were if a new program were to take effect.  Indeed, if this program is created, many applicants might enter the United States in the months ahead, but claim they have been here for years.
On February 7, 2018 Politifact posted an article, In Context: John Kelly’s remarks on ‘lazy’ immigrants and DACA, that included this paragraph that was critical of Kelly and the President:

Kelly’s remarks drew criticism from lawmakers and advocates for immigrant rights who countered that the DACA population is hard-working and that the Trump administration is attempting to demonize immigrants.