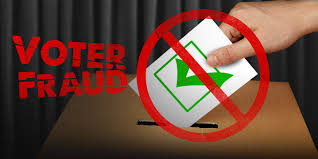 President Trump knew from the very beginning. He told us all.

The liberal MSM and Congressional Democrats either didn’t want Americans to believe voter fraud took place in the 2016 general election or were just playing stupid.

Which is more likely?