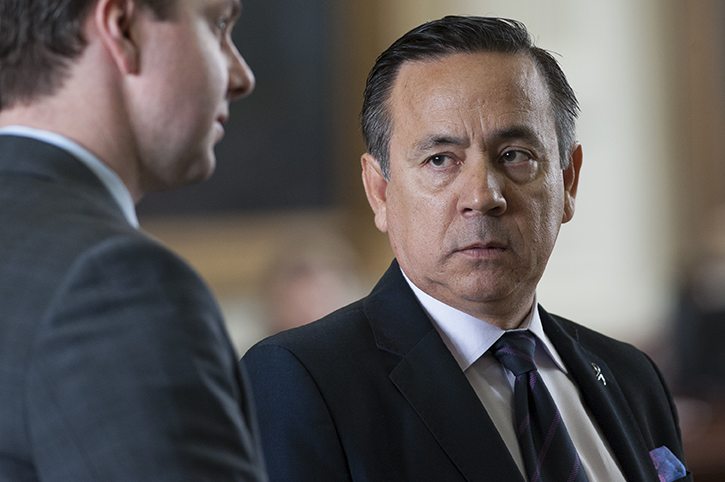 Texas state senator Carlos Uresti is the latest Democrat to be found guilty of fraud. Like fellow Democrat Corrine Brown of Florida, Uresti could actually be sentenced to jail time.

On Thursday afternoon, a Democratic Texas state senator was found guilty on 11 felony charges, including “multiple counts of fraud and money laundering,” reports the Texas Tribune.

State Sen. Carlos Uresti was charged last year for his role in what authorities called a “Ponzi Scheme” involving a bankrupt oilfield services company called FourWinds Logistics. Uresti, the Texas Tribune says, “used his prestigious reputation to lend credibility to an unknown company; several investors testified that Uresti’s presence reassured them that their money would […]