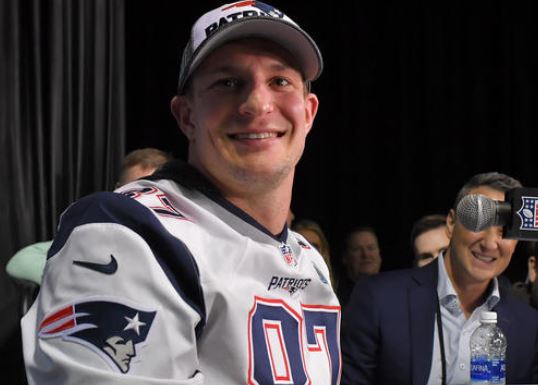 The star tight end of the New England Patriots came home from losing Super Bowl LII Monday to find that his Foxborough, Massachusetts home was broken in.

Boston sports radio station WEEI reported that an officer was heard saying over the radio that “Multiple safes–possible guns” were missing from Ron Gronkowski‘s home.

Foxborough Police Chief William D. Baker confirmed at a Tuesday morning press conference that it was Gronkowski’s house that was robbed.

Just interviewed a man who lives near Gronk and came to Foxborough police dept. this morning to give a statement. Hear what the neighbor noticed was odd about the house on #SuperBowl Sunday… only on #Boston25 Morning News at 6:30 a.m.– https://t.co/S7EPBSAfHf https://t.co/xnZRyQidEM

“Mr. Gronkowski was the victim of a residential burglary last night–that call came in at about 6:19 p.m.,” he said. Later the chief confirmed that the robbery took place when the tight end was away, so here he must have made that this was when the call came in.

“Whether your Rob Gronkowski or Bill Baker, being the victim of a residential property crime like that is unpleasant, so out of respect of Mr. Gronkowski’s privacy,” he said.

“Because this is an active and dynamic criminal investigation, we’re not going to be releasing any information right now about what was stolen or any suspects.”

The chief did say that there were no other burglaries in the neighborhood at the time as the Gronkowski heist.

The 28-year-old tight end gave a remarkable performance in the Patriots 41-33 loss to the Philadelphia Eagles in Minneapolis with nine receptions for 116 yards and two touchdowns.