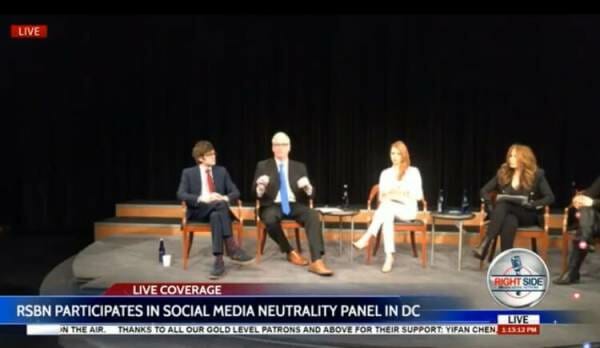 The February panelists included several prominent online conservative and moderate voices who have been impacted by social media bias, shadow banning and other methods meant to silence voices and limit readers and viewers access to information.

Since the 2016 election tech giants Facebook, Google and Twitter have targeted conservative websites and pundits by cutting their social media traffic, blocking their stories from going viral, demonetizing videos and shutting down accounts.

This purge is similar to historic movements by totalitarian regimes.

Her channel was shut down due to her analysis of the Parkland High School student activists.