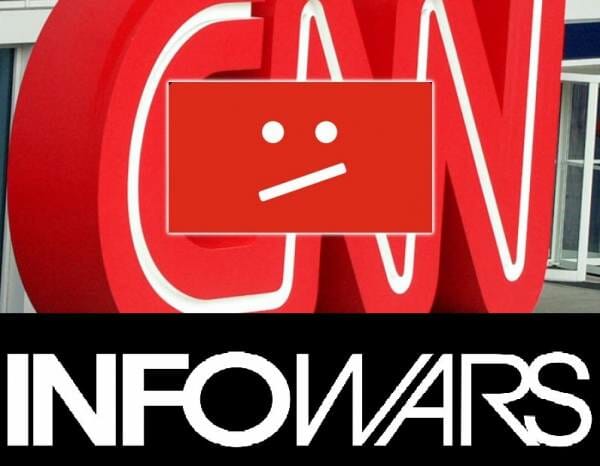 CNN is openly lobbying Google and YouTube to shut down competitor Infowars.

Infowars is one of the top conservative news sites in America.
The site has several employees and several programs.

Infowars is a favorite in the conservative movement with a massive following.

And CNN wants them gone!

CNN is openly lobbying to have a competing news network banned.