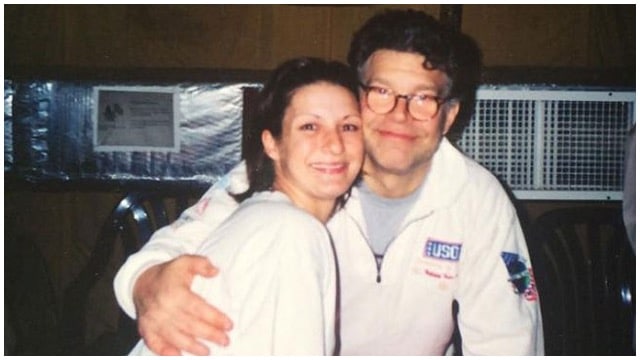 Democrat Sen. Al Franken has now been accused by multiple women of sexual harassment. He has refused to do the right thing and step down, despite photographic evidence of groping. What’s one more accuser, right?

From CNN via Right Scoop:

An Army veteran says Sen. Al Franken groped her in December 2003, telling CNN that while she was deployed in Kuwait, the Minnesota Democrat cupped her breast during a photo op.

Stephanie Kemplin, 41, of Maineville, Ohio, is the fifth woman in two weeks to accuse Franken of inappropriate touching, and the second person to allege that such behavior took place while Franken was on a USO tour. Three of the five women have been identified by name.