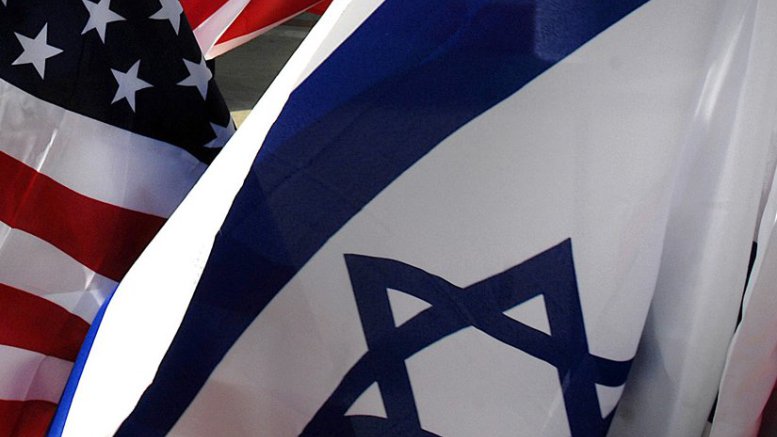 The State Department’s recent hosting of an American Muslim organization known for its anti-Israel stance and support of boycotts of the Jewish state has sparked concern from those close to the Trump administration that these advocacy groups are seeking to drive a wedge into the United States’ relationship with Israel, which has hit speed bumps since Rex Tillerson assumed control of America’s chief diplomatic agency, according to multiple sources who spoke to the Washington Free Beacon.

The State Department hosted this month leaders from the U.S. Council of Muslim Organizations, which represents a number of organizations including American Muslims for Palestine, or AMP, an organization that promotes “extreme anti-Israel views” and “anti-Zionist” propaganda, according to the Anti-Defamation League, which tracks anti-Israel hate groups.

AMP, which partnered with the terror group Hamas’s main U.S. propaganda arm until it was shuttered in 2004, and the other groups met with several State Department officials to discuss the ongoing violence on Israel’s holy Temple Mount area, which has been the site of several riots and attacks on Israelis.

The groups were there to promote anti-Israel propaganda blaming Israel for the recent violence that began after Palestinian terrorists killed two Israeli security official stationed at the site, which is home to the Dome of the Rock and al-Aqsa mosques.

The Free Beacon first reported last month that the State Department under Secretary Rex Tillerson has been in “open war” with the White House over a range of key issues, including Israel.

The recent resignation of White House chief strategist Steve Bannon, who was viewed as one of the administration’s most pro-Israel voices, has further stoked these fears among pro-Israel leaders.

Multiple pro-Israel insiders who spoke to the Free Beacon expressed concerns about the State Department’s willingness to host an openly anti-Israel group during a time when tensions in the Middle East are running high.

Israeli officials are said to be concerned about the Trump administration’s stance on a range of issues, including its policy in Syria and other terror hotspots.

“Everyone knows this is the group funneling money from the Middle East to finance the [Boycott, Sanctions, and Divestment] movement,” said one prominent pro-Israel official who would only speak on background so as not to spark further tension with the White House. “They’re being investigated by the FBI and the state of Illinois for potential illicit financing activity. I really want to believe in Secretary Tillerson but between his reluctance to confront Iran and now this, it’s hard to justify his continuation as secretary of state.”

A State Department official confirmed the meeting took place, but would not specify who the American Muslim leaders met with and what exactly was discussed.

“The Department regularly hosts groups representing different constituencies in America to explain USG policy and hear their perspective,” the official told the Free Beacon. “The group was interested in U.S. policy on Jerusalem given events on the Temple Mount/Haram al Sharif last month, and met a cross-section of working level officials from different offices in the Department.”

Asked if administration officials were aware of the group’s anti-Israel views and ties to Hamas, the official said that State Department views Hamas as a terror organization and opposes boycotts of the Jewish state.

Noah Pollak, a political consultant who works with a range of pro-Israel organizations, criticized the State Department for hosting what he described as extremists who reject Israel’s right to exist and openly endorse terrorist groups.

“AMP is a front for jihadists, and doesn’t try very hard to hide it. Some of its founders were involved with the Holy Land Foundation, a Hamas fundraising front that was the biggest terror finance case in U.S. history,” Pollak said. “Its founder called for an ‘intifada’ here in America. Maybe next time there’s a flare-up of Palestinian violence the State Department can cut out the middle man and just meet directly with Hamas.”

Other pro-Israel insiders expressed concern over the meeting, but cautioned against putting too much stock in efforts by these Muslim American groups to drive a wedge into the U.S.-Israel relationship.

“Presidential administrations are going to meet with constituents,” said the source, a senior official at a large pro-Israel group. “That’s what they do. The question is if they believe what they hear, let alone act on it.”

“Judging by the public descriptions of the meeting, no one at the White House was buying whatever AMP was selling,” the source said. “That’s what we’d expect from the Trump administration, which has people who understand the value of the pro-Israel relationship like Victoria Coates in key positions to guide policy.”