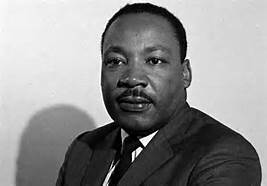 The release of the remaining files on the assassination of President John F. Kennedy continues to drag on at a snail’s pace although a batch just released will likely further contribute to the ugly breakdown in race relations in America thanks to Barack Obama and the Democrats.

Far too many African-Americans have been hoodwinked into believing that fake race messiah Colin Kaepernick is the second coming of the Reverend Martin Luther King Jr.

In reality, Kaepernick is a far cry from King who became an enemy of the same establishment that hated Kennedy for many of the same reasons including far-left leanings, being insufficiently tough on communism and opposition to the war in Vietnam.

J. Edgar Hoover’s FBI kept extensive files on Dr. King and one of the documents – an explosive one at that – has been included in Fridays’ release of nearly 600 new records.

The 20-page document is entitled “Martin Luther King, Jr. A Current Analysis” and in an eerie preview of 2017, was of the possibility of “black nationalist terror” and of radical groups who would exploit protests to instigate violence – much like Black Lives Matter and ANTIFA are currently doing.

“The course King chooses to follow at this critical time could have momentous impact on the future of race relations in the United States,” the 20 page document’s introduction reads. “And for that reason this paper has been prepared to give some insight into the nature of the man himself as well as the nature of his views, goals, objectives, tactics and the reasons therefor.”

One of the sections in the document in the section titled “King’s Personal Conduct” mentioned alleged affairs, which were alluded to in the 2014 film “Selma” and an infamous letter from the FBI urging King to commit suicide.

The document repeatedly referred to some the alleged sex acts King engaged in as “unnatural” and “abnormal.”

One of the events mentioned in the document are workshops King held in Miami, Florida, in February 1968 with funds from the Ford Foundation to train black ministers in leadership

“One room had a large table in it which was filled with whiskey. The two Negro prostitutes were paid $50.00 to put on a sex show for the entertainment of the guests. A variety of sex acts deviating from the normal were observed.”

The document continued to say that such occurrences were well known by King’s acquaintances.

“Throughout the ensuing years and until this date King has continued to carry on his sexual aberrations secretly while holding himself out to the public view as a moral leader of religious conviction.”

According to the document, King had a frequent affair with a woman, which may have led to a baby girl being born. The FBI said the sources of the information was “a prominent Negro who is related by law to King’s mistress,” who referred to King repeatedly as a “hypocrite.”

“It was learned in February, 1968, from a very responsible Los Angeles individual in a position to know, that King has been having an illicit love affair with the wife of a prominent Negro dentist in Los Angeles, California, since 1962. He believes King fathered a baby girl born to this woman inasmuch as her husband is allegedly sterile,” the document reads.

“The child resembles King to a great degree and King contributes to the support of this child. He calls this woman every Wednesday and frequently meets her in various cities throughout the country.”

According to the document, the source also said that King had affairs with three other women, including Joan Baez, a folk singer.

It will only serve to bolster the current black identity extremists and their Congressional Black Caucus allies like Maxine Waters, Frederica Wilson, Al Green and the rest of the self-segregating group of clowns that America is a “white supremacist” nation, this despite the recently ended two-terms of a black president. The FBI MLK document will become yet another piece of “evidence” in the case that they have been building.