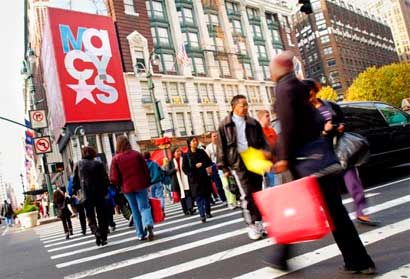 Consumer confidence rose in June, with consumer’s appraisal of current economic conditions hitting a nearly 16-year high, according to the Conference Board.

The Conference Board’s Consumer Confidence Index, which fell in May, bounced back in June, the board said on Tuesday. The is now at 118.9, up from 117.6 in May. The index had been expected to decline to 116, according to economists estimates.

Consumers’ views of the labor market also improved. Those saying jobs are plentiful rose to 32.8 percent, up from 30.0 percent. Those who take a negative view, saying jobs are “hard to get,” feel to 18.0 percent from 18.3 percent.

In other words, more Americans feel good about business conditions and jobs but fewer expect things to get even better in the near term.