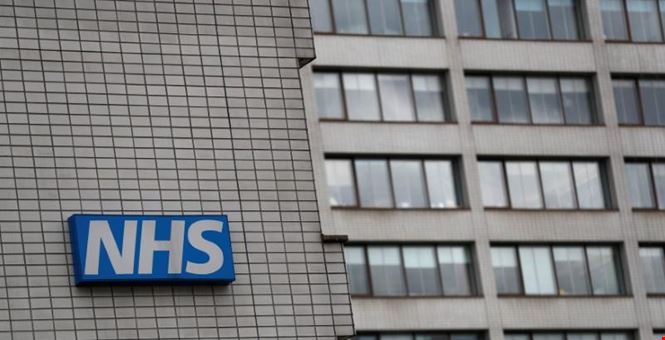 Yesterday brought the news that two influential Senators had hammered out a bipartisan agreement that would temporarily resolve Obamacare’s newly-expanded ‘cost-sharing’ subsidies dispute.  After President Trump ended his predecessor’s illegal payments to insurers (ruled unconstitutional by the federal courts because the funds were never appropriated by Congress, as required), industry experts warned that the move would force premiums and costs even higher, as carriers seek to mitigate even bigger financial losses than the ones that have already driven providers out of marketplaces from coast to coast.  The Alexander-Murray compromise would legally allocate those bailout-style funds for two years, in exchange for very minor concessions from Democrats regarding state flexibility and catastrophic plans.  Trump appeared initially supportive of the deal but has walked that back a bit — as Paul Ryan signals that the proposed trade-offs are woefully insufficient to attract House Republican support. The fate of the whole “fix” push, therefore, remains murky.

Democrats, meanwhile, are again advocating the addition of a so-called “public option” to Obamacare, which would undercut private offerings with an artifically-cheaper, taxpayer-subsidized government plan.  This would effectively destroy private insurance in the individual market, a fact of which its supporters are well aware; in fact, they embrace it.  Why?  It would usher in the “need” for a socialized single-payer regime highly prized by the Democratic Party’s dominant left flank.  We’ve written before about why it’s a totally unaffordable, wildly-disruptive scheme — Bernie and friends have no answers on these devastating fiscal realities — but it’s also immoral.  When the government controls your healthcare, they control you.  And when the government bites off more than it can chew, rationing, substandard care, and long wait-lists for treatment inevitably follow.  This isn’t a hypothetical.  Under the UK’s chronically under-funded and scandal-plagued NHS system, the government bureaucrats end up micromanaging family decisions and banning effective and groundbreaking new treatments on account of cost.  And when things get really tight, they cook up even more draconian edicts.  Tough luck, smokers and overweight Britons:

The NHS will ban patients from surgery indefinitely unless they lose weight or quit smoking, under controversial plans drawn up in Hertfordshire. The restrictions – thought to be the most extreme yet to be introduced by health services – immediately came under attack from the Royal College of Surgeons. Its vice president called for an “urgent rethink” of policies which he said were “discriminatory” and went against the fundamental principles of the NHS. In recent years, a number of areas have introduced delays for such patients – with some told operations will be put back for months, during which time they are expected to try to lose weight or stop smoking.

But the new rules, drawn up by clinical commissioning groups (CCGs) in Hertfordshire, say that obese patients “will not get non-urgent surgery until they reduce their weight” at all, unless the circumstances are exceptional.  The criteria also mean smokers will only be referred for operations if they have stopped smoking for at least eight weeks, with such patients breathalysed before referral. East and North Hertfordshire CCG and  Herts Valleys said the plans aimed to encourage people “to take more responsibility for their own health and wellbeing, wherever possible, freeing up limited NHS resources for priority treatment”. Both are in financial difficulty, and between them seeking to save £68m during this financial year.

British doctors are objecting to this outrageous plan.  Might they go on strike to protest it?  Smokers and heavy people pay taxes to fund NHS just like everyone else, but they’re more of a drain on the over-burdened system, so their pain and maladies are therefore deemed less worthy of urgent treatment by Big Brother.  They ‘deserve’ their problems.  Don’t like it, ingrates?  Kick your habit and hit the treadmill.  Quitting smoking and exercising are worthwhile ideas, of course, but it’s cold-blooded coercion if the “or else” threat is…losing access to needed care — with no recourse, mind you; the government is the ultimate authority.  This is how budget-busting, patient-failing socialized healthcare operates.  Speaking of which, I’ll leave you with more evidence of ongoing corruption and abuse at the VA, a microcosm single-payer system designed exclusively for our veterans.  Problem not solved:

Employees at the VA Nebraska-Western Iowa Health Care System kept an unauthorized, off-the-books waiting list for some Omaha mental health appointments, according to documents obtained by The World-Herald. The secret list dodged requirements the Department of Veterans Affairs issued in July 2016 setting strict rules for establishing and maintaining waiting lists, according to a memo from the system’s compliance officer to Director Don Burman dated Aug. 11. The compliance officer’s audit included two whistleblower complaints made about lists for appointments at the VA’s mental health psychotherapy clinic in Omaha…Local VA officials would not say how many local veterans were impacted, or why or by whom the lists were kept. Nor would they say how many employees were involved or what disciplinary action was taken against them. The unauthorized waiting list echoed a nationwide scandal that erupted in 2014 at the VA Medical Center in Phoenix, which showed that veterans there were dying while waiting months for medical care on lists that were kept secret.

More government and more spending will never alleviate these issues, especially because government supremacist politicians have a vested ideological interest in downplaying government failures.  The truth is that centralized government is generally just a really lousy vehicle for doing most big things with even a modicum of competence, responsiveness and accountability.  Single-Payer supporters want to import the NHS’ dysfunction and the VA’s failures to every American while ripping 150 million workers off of their existing coverage and hiking taxes across the board.  And the people who insist otherwise are the same characters who misled and lied about Obamacare every step of the way.