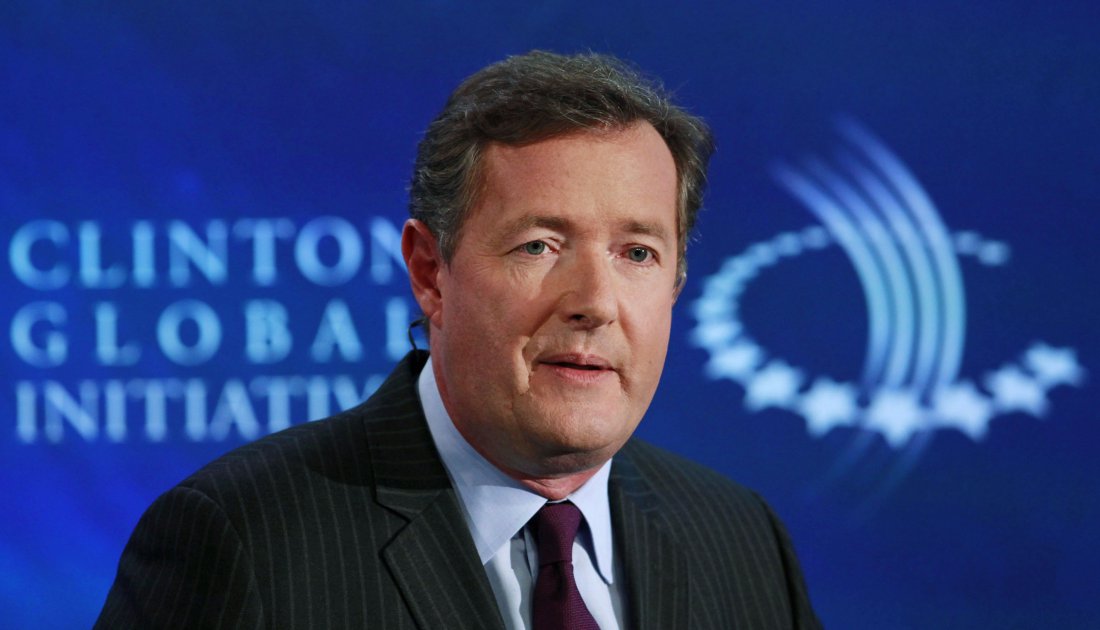 Piers Morgan — a citizen of the country America defeated in two wars to gain and retain our independence — keeps telling Americans that our constitution is deficient.  His usual target is the Second Amendment, but these days, he’s going after the First Amendment, as well.  In the wake of Charlottesville, Morgan’s solution to hate speech is to ban it by amending and limiting free speech protections:

Both 1st & 2nd Amendments should be amended again, in my humble opinion.
To ban Nazis & reduce gun deaths. https://t.co/6kfGsx98Bi

Conservative writer Ben Shapiro was having none of it, touching off this Twitter exchange, which predictably ended poorly for the pompous Brit.  After Shapiro corrected his bad misrepresentation and ignorance of relevant caselaw, Morgan claimed to know more about the constitution than the Harvard-trained attorney.  Things went downhill from there:

It remains unlawful to incite a violent reaction with false claims. I know my US law, rather better than you it would seem. https://t.co/z6PhvRUIgx

Yes, your degree from "America's Got Talent" gives you more legal expertise than mine from Harvard Law School. https://t.co/i5WMFK2VBq

Mate, I retained a place on US prime TV for 9yrs. You couldn't even retain a blogging gig at Breitbart. 😂😂 https://t.co/uMMxb8Tsf3

This was an exceptionally stupid insult from Morgan because Shapiro resigned from Breitbart in protest, then built his own (rather successful) company.  Ben finished him:

There is a rather large difference between resigning and being fired. You've been fired a lot, you should know. https://t.co/zGITfNsCDo

Oof.  Anyway, on the topic that started that argument, the Los Angeles Times is out with a strong editorial arguing against constraining the First Amendment’s capacious protections of speech and expression, including safeguarding loathsome people and their ideas:

The vast majority of Americans would sooner have their communities hit by a plague of locusts than by the torch-bearing racists who invaded Charlottesville. Nevertheless, it is vitally important to recognize that people are constitutionally free to hold them even the most deplorable views, and to express them as well. Counter-protesters, for their part, are equally entitled to say clearly and forcefully that racism, anti-Semitism and similar beliefs that denigrate or deny the humanity of others have no place in our society. Neither side, however, has a right to start throwing punches. Nor should the mere risk of such violence be used as pretext for denying people the ability to exercise their right to free speech or assembly. These exceptionally American notions seem lost on some of our leaders. A case in point: Several elected officials have asked the federal government to withdraw a permit for an Aug. 26 rally at San Francisco’s Crissy Field organized by Patriot Prayer, a Portland-based group of right-wing provocateurs. That is the exactly wrong approach. Denying permits in order to shut down speech that is offensive or so controversial that it might provoke a violent backlash is the act of an autocratic government…It is in fractious times like these that we must hold firmest to constitutional principles.

Read the entire thing.  I’ll leave you with a flashback to Shapiro dismantling Morgan on guns: