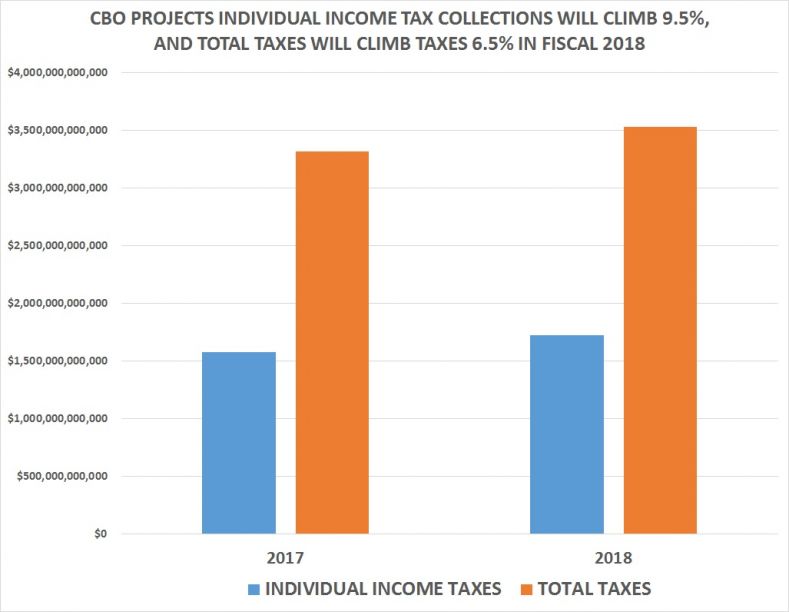 (CNSNews.com) – Unless current laws are changed, federal individual income tax collections will increase by 9.5 percent in fiscal 2018, which begins on Oct. 1, according to data released today by the Congressional Budget Office.

At the same time, however, the federal debt will increase by more than $1 trillion.

In fiscal 2017, which ends on Sept. 30, the federal government will collect $3.315 trillion in total taxes, according to the projections the CBO released with its “Update to the Budget and Economic Outlook: 2017 to 2027.”

The $3.531 trillion in total taxes the federal government will collect in fiscal 2018, according to CBO’s projections, is $216 billion—or 6.5 percent more—than the $3.315 trillion CBO projects it will collect this year.