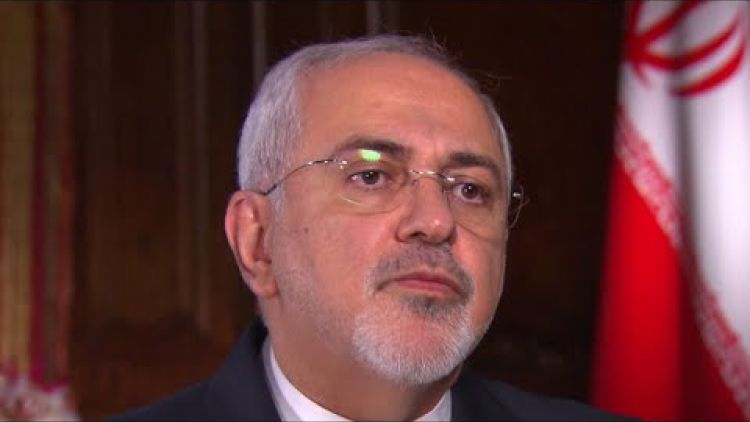 Early Tuesday morning, the Trump administration issued new sanctions against well over a dozen Iranian citizens and organizations in retaliation for the county’s recent destabilizing and hostile actions in the region. CBS Evening News was the only network news outlet to report the new sanctions to their views. But in addition, they struck a skeptical tone on the administration’s claims against Iran as White House and Senior Foreign Affairs Correspondent Margaret Brennan sat down to chat with Iran’s Minister of Foreign Affairs Javad Zarif.

“Late last night the Trump administration grudgingly confirmed that Iran is complying with the terms of the international nuclear deal,” teased Anchor Anthony Mason at the start of the sympathizing segment. “Hours later it accused Iran of stirring up trouble in other ways in the Middle East and slapped new economic sanctions on 18 Iranian individuals and groups.”

Parroting the Iranian official, in a calm tone, Brennan said: “Javad Zarif, said new sanctions announced today by the Trump administration are poisoning already strained relations between the two countries.” Yet she was frustrated with the U.S. administration when she noted that “at stake is the 2015 deal to freeze Iran’s nuclear program that President Trump has repeatedly criticized as rewarding a U.S. enemy.”

“President Trump said it’s a bad deal for Americans and that there are flaws in it,” she told Zarif. He responded by claiming that “it isn’t. It isn’t. Well, no deal is completely acceptable to everybody.”

Brennan was dismissive when she reported how “the White House accuses Iran of supporting terrorists in Syria and Iraq, but Zarif disputed that and placed blame on U.S. allies like Saudi Arabia.” Zarif told her that he ‘didn’t know why’ the U.S. thought that. There was no push back from Brennan, period, and no mention of THE FACT that even during the Obama administration Iran was found to be the number one state sponsor of terrorism.

But according to Brennan, the real cause of strife in U.S./Iranian relations was Trump’s temporary travel ban, which included Iran. “What the United States has done against the Iranian people over the past several months has been really repugnant,” Zarif exclaimed. Again, zero push back from Brennan, only sympathy for him.

“You think it’s up to President Trump to show some goodwill,” Brennan asked. Zarif responded by arguing that “it is up to the U.S. government to stop sending all these hostile signals.”

A little over 24 hours prior to Brennan’s report, Iran sentenced an American graduate student to 10-years in prison on trumped up espionage charges. Disgustingly, it was merely an afterthought for CBS seeing as it was only brought on the network for the first time at the end of her report.

“There are also at least three Americans detained in Iran, which Zarif acknowledged isn’t helping,” she punted, seemingly unfazed by U.S. officials calling the accusations against the student “fabricated charges.”

CBS has a long history of defending the radical Iranian government. In late May when Trump gave a speech in the Middle East denouncing terrorism, the network sided with Iran over the U.S. and acted like Iranian TV. They also refused to report on any hostile actions by the Iranian Revolutionary Guard that put U.S. sailors at risk in the Persian Gulf.