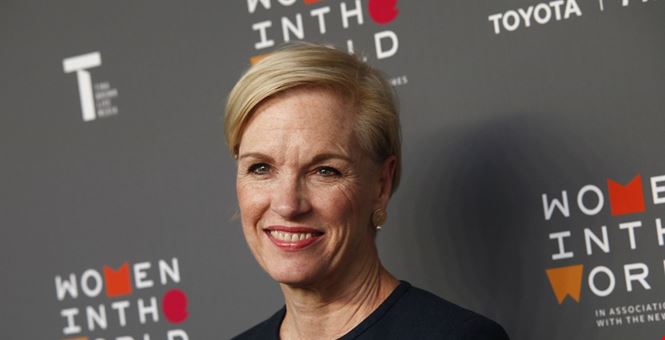 Planned Parenthood President Cecile Richards claimed Monday evening, at a conference in D.C., that progressives can’t “take back political power if we don’t also stand up every single day for reproductive healthcare including safe and legal abortion in America.”

The conference was hosted by the State Innovation Exchange (SiX), an organization that “supports state legislators in advancing and defending progressive policies across the country.”

The remark was likely prompted by some recent discussion within the Democratic party over whether abortion should be a litmus test for candidates. Democratic Congressional Campaign Committee Chair Ben Lujan maintained that there is no such litmus test for candidates after DNC Chair Tom Perez said in April that support for abortion was non-negotiable.

Richards went on to say that “women have been in the crosshairs of this administration since day one,” referencing the Trump administration’s attempts to defund Planned Parenthood and, more recently, Trump’s broadening of religious freedom exemptions for employers with religious and moral objections to covering contraception under Obamacare.

“The Trump administration managed to go after the one thing that basically everyone in this country likes and you know what that is? Birth control,” Richards said.

“I don’t think these guys understand that birth control, some of them think it’s a kind of social issue,” she continued. “Do you know that the average woman in America spends five years getting pregnant, having kids and spends an average of 30 years trying not to have children? Okay, that’s a lot of healthcare.”

Richards did not address the actual religious objections that led to lawsuits against the Obama administration from a host of religious groups, including a now five-year-long lawsuit from the Little Sisters of the Poor whose homes for the elderly would’ve been threatened by fines if they did not receive some exception to the mandate.

Paying for or supporting the use of contraception is contrary to fundamental Catholic moral teaching. The Obama administration offered the groups an accommodation that would delegate the contraception coverage to a third party, but they objected that the process still left them complicit in the coverage.

The nuns’ willingness to risk their charities in the U.S. because of their moral objections to providing birth control left Cecile Richards seemingly unmoved as she commented in 2014 that the religious exemption delegating coverage to a third party is enough and “this is a case about paperwork, not religious liberty.”

Richards doubled down on that Monday in an interview, when NPR’s David Greene pointed out that “the Supreme Court ruled that the government can’t force private companies, nonprofits to pay for birth control against their religious beliefs. Are you concerned that the law is on the administration’s side here?”

“There were all kinds of accommodations made for a religious employer,” she insisted. “The danger is you have things now like universities that provide birth control for women that are students. You have all kinds of organizations who may have their own political or religious views. Why should they be able to impose that on American women? It’s simply not right. And we’ll be fighting it every step of the way and ensuring that women continue to get birth control at Planned Parenthood.”