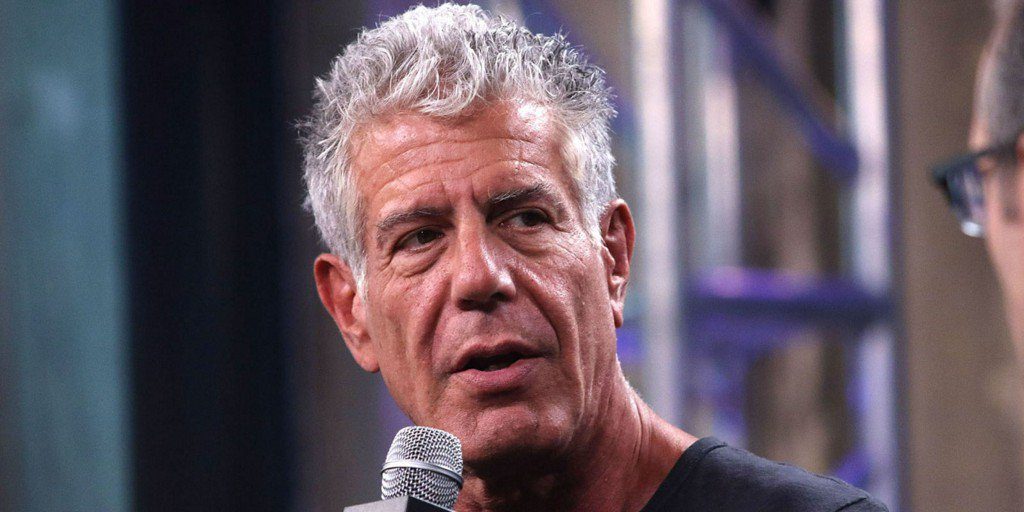 CNN’s non-news hosts have a serious hate problem with President Trump, from Kathy Griffin to Reza Aslan, and now to Anthony Bourdain, the chef who hosts their food/travel show Parts Unknown. TMZ interviewed Bourdain and asked him about being invited to cooking for President Trump and North Korean dictator. Asked what he would serve, Bourdain said “Hemlock.”

When reached by Fox News, Bourdain, apparently joking, said that he meant to say “kale” instead of poison.

The TMZ producer began by asking Bourdain if he would film a show in North Korea, which Bourdain said would be ridiculous since the people are starving, and Kim Jong Un is a “chubby evil little f–k.”

This isn’t surprising, since Bourdain told TheWrap.com last year that he wouldn’t eat with Trump. “Absolutely f—ing not,” Bourdain said. “I’ve been a New Yorker most of my life… I would give the same answer that I would have given 10 years ago, when he was just as loathsome.”

Bourdain’s CNN show bowed in deep respect to President Obama. The chef dined with Obama in Hanoi, Vietnam and then announced said “the president’s chopstick skills are on point.” Obama had grilled pork, prompting Bourdain to mock Obama critics: “That puts that ‘secret Muslim’ thing to rest, by the way.”

PS: Speaking of Muslims, Bourdain can match fellow liberals with his Islamophilia, expressing praise for regimented prayers in Jeddah, Saudi Arabia on his Travel Channel show No Reservations in 2008: “For a while, everything stops. Vendors close shop, and no matter where they are, people take time to pray. Five times a day, the call from the mosque is a haunting and quite beautiful reminder. Faith governs life. For a Westerner, it’s a reminder of where you are. Removed from what you see on TV, what you might already think or assume, if you put all of that out of your head, in a vacuum, it’s lovely and impressive.”