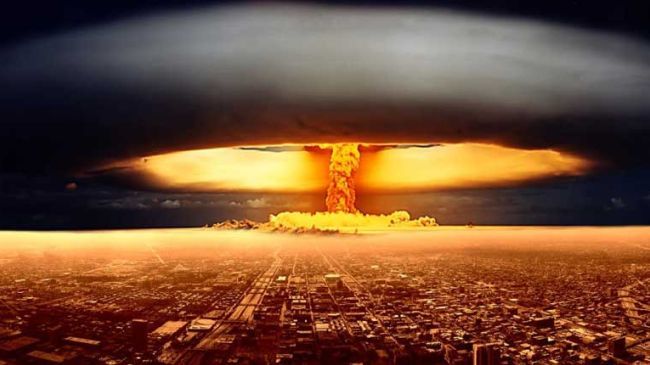 The City of Chicago’s official website offers advice for those unfortunate enough to be caught in the midst of a North Korean nuclear strike on the Windy City; advising residents to “turn away” from the blast and “drop to the ground face down and place your hands under your body.”

The eerie procedures offer a glimpse into what a nuclear strike on a major American city might look like, and offer important guidelines for people living in the region over how to respond to a nuclear explosion on the United States.

“A nuclear blast is an explosion with intense light and heat, a damaging pressure wave and widespread radioactive material that can contaminate the air, water and ground surfaces for miles around. During a nuclear incident, it is important to avoid radioactive material, if possible,” says the website.

The site tells people near the nuclear blast to “turn away and close and cover your eyes to prevent damage to your sight” and “remain flat until the heat and two shock waves have passed.” It also instructs individuals who are already outside to “find something to cover your mouth and nose, such as a scarf, handkerchief, or other cloth.”

The disturbing guidelines come as the war of words between North Korea and the United States continues to escalate. Earlier this week, communist dictator Kim Jong Un vowed to turn the United States into “ash” over harsh new UN economic sanctions.

The sanctions were placed on North Korea after the regime successfully fired two, long-range intercontinental ballistic missile; both of which could reach targets as far away as Chicago.