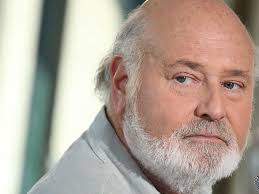 For months, Rob Reiner has been pushing the narrative about Russian collusion. Now that that is falling apart, he has shifted gears and is questioning Trump’s mental health. These insane leftists have got nothing else. They just keep shifting from thing to thing in order to attack Trump.

Rob Reiner escalated his attacks on President Donald Trump on Sunday, taking to social media to demand that GOP “patriots” take a stand to “end” what he called the “sickness” of his presidency.