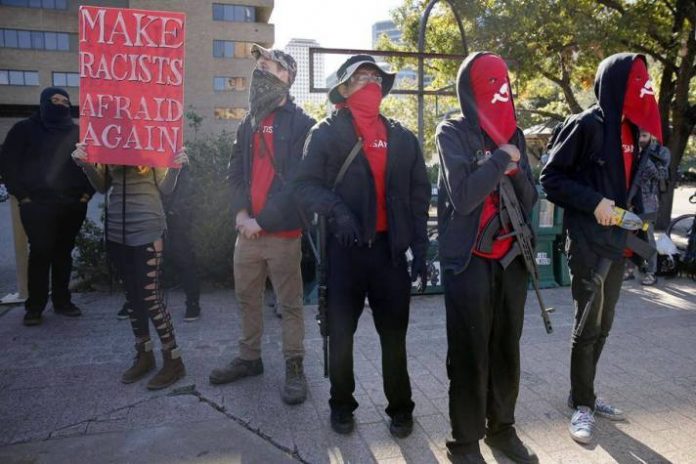 A recent report from Far Left Watch reveals that radical communists set on “armed revolution” against the capitalist state are actively recruiting the mentally ill in Austin, TX to join their efforts. Thanks to the investigative journalism of Far Left Watch, documents from the group “Red Guards Austin” have been released, and show their plans to recruit those with mental illnesses.

The 13,000 word document in question is titled “Revolutionary Mental Health Program (RMHP),” and it covers the formations, goals, failures, and successes of the program, which they ultimately decided to end. Their stated goal was to address the mental health issues of students, so they could become more capable to their revolution, and ultimately more capable of carrying it out. That goal is laid out in the following statement in the document:

“The primary goal of this program was to address the mental health needs of students in a way that would primarily serve to politicize and strengthen them, to become more committed to revolution and more capable of carrying it out.”

“Over the winter of 2016 and in the early spring of 2017, the leadership of RSF spent a significant amount of time studying the work “Turn Illness into a Weapon,” which recounts the experiences of the Socialist Patients’ Collective (SPK) of the University of Heidelberg, Germany, in 1970.“

Red Guard Austin had made themselves well known in the media after taking up the tactic of openly carrying firearms while waving Communist flags. Their goal is to intimidate, and to recruit for their ultimate goal of armed revolution.

“Orienting recruitment toward those suffering from qualitatively more intense mental illness, a population whose conditions in general serve as barriers to reaching the point of being continuous fighters (we say “in general” because many of the best organizers in the revolutionary movement and our organization also suffer from these conditions) does not accomplish the task of drawing from the most advanced sections of the people.”

These groups are clearly a danger to their communities. They are openly recruiting fighters to join their revolution, and openly intimidating those they disagree with. This isn’t us stating this, they directly make these same statements on their website, making it clear that their recruiting efforts are designed exclusively to bring in more “fighters.”

“The goal of every initiative and program launched by a revolutionary organization should be for the purpose of recruiting fighters into its ranks and forging them in the fiery furnace of class struggle.”

Far Left Watch is asking people to report these groups to the proper authorities.