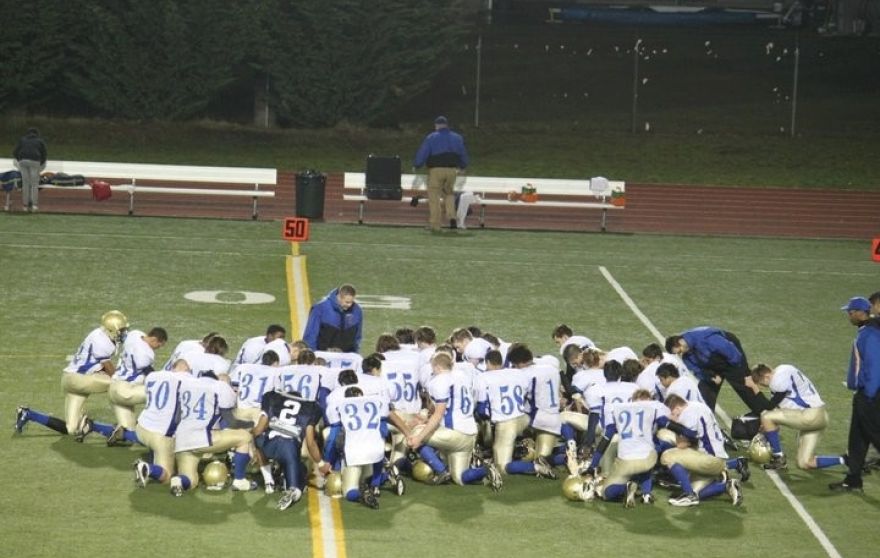 High school football coach Joe Kennedy was fired from his job in 2015 for praying on the field after games. Earlier this week the Ninth Circuit Court of Appeals ruled Kennedy’s prayer, alone or with players, was unconstitutional because he was a public employee on school property. The ruling also argued because Kennedy could be seen silently praying, he was in violation and his firing was justified.

“When Kennedy kneeled and prayed on the 50-yard line immediately after games while in view of students and parents, he spoke as a public employee, not as a private citizen, and his speech therefore was constitutionally unprotected,” the ruling stated.

Speaking to Fox News’ Martha MacCallum, Kennedy said he isn’t going down without a fight and will continue to fight for individual prayer in the public sphere.

“The argument that the 9th Circuit has adopted is basically that if you do anything that’s religious at all that someone else can see, then somehow you’re working on behalf of the state and you’re conveying a religious message,” Kennedy’s attorney said, pointing out the ruling also prevents public employees from simply bowing their heads in prayer before meals.

“I really tried to meet with the school halfway with everything,” Coach Kennedy added.

Meanwhile, Kennedy has received overwhelming support from across the country. NFL tight end Benjamin Watson invited Kennedy to pray at one of his Baltimore Raven games.

Would love to have coach pray with us on the field after a game this year.