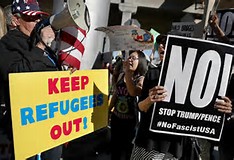 Following the most recent terror attack in London, President Trump has stepped up his push for a travel ban. Trump is saying it is what we need, regardless of what people, lawyers, and the courts believe. He has been pushing for a travel ban since he got into office but had lost momentum for a while.

The Department of Justice wants Trump to create a version that is a little more politically correct but Trump is set on passing his original proposal. Trumps proposed ban is only temporary and does not include removing anyone that is already in the country. The ban is only for six countries, which are known to harbor and support the extremist.

Could it be time for a travel ban? We have seen an increase in terror attacks, which have been linked to Islamic extremist. The recent attacks have increased in severity and even targeted children. The left is worried about being politically correct and by doing so we could be letting individuals into our country who have the intent to carry out an attack.

The ban that has been proposed by President Trump is for six countries and would be for 120 days. A temporarily ban would allow for the U.S. have a plan to protect against future attacks and would allow protect against new terrorist planning attacks during the Ramadan war, called for by ISIS. The President’s proposal has picked up some support following the latest attack on London but has not picked up support among both parties. 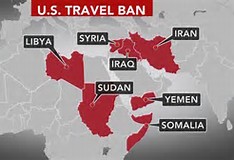 If the Department of Justice would support the travel ban, it would give us a base that could be adjusted. Trump’s travel ban is meant to protect U.S. citizens and is focused on Islamic countries that have higher numbers of extremist. The left sees the travel ban as a tactic to discriminate against Muslims but that should not matter during this time of increased terror attacks.

Politically correctness needs to be ignored when it puts our national security at risk. The next attack could be right here in the U.S. and could be worse than what we have seen in Europe, as of late. The ban would extend past the Muslim holiday and could protect against the admittance of extremist to the U.S. There are Muslims that do not believe in the actions of the few but during a time like this, a travel ban seems appropriate.