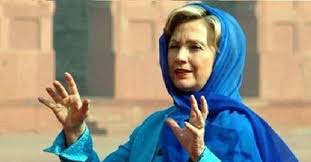 Hillary Clinton celebrates Ramadan more than she celebrates Christmas. In fact, Hillary hasn’t wished Americans a ‘Merry Christmas’ from her social media since 2015. In contrast, Hillary gushes over Ramadan and wishes Muslims ‘a blessed time of reflection and good health’.

The last time Crooked Hillary wished people a Merry Christmas from her Twitter account was in 2015 and she wonders why she lost the election. Hillary routinely ignored the majority of Americans-Christians.

Hillary Clinton ran for President in 2016.

The last time she wished people a Merry Christmas on twitter, was in 2015.

Imagine if this woman was President today.