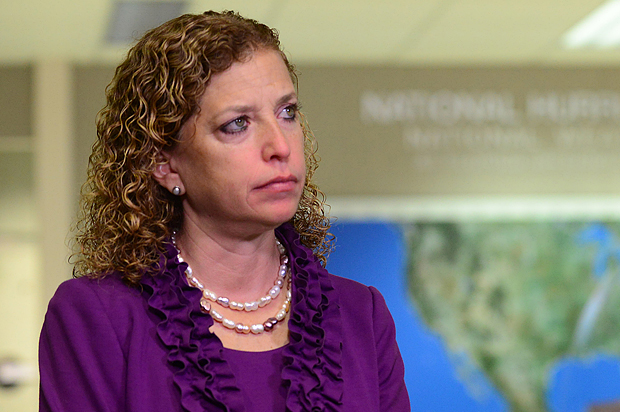 The Daily Caller has obtained exclusive information from a source close to the investigation into the activities of Pakistani brothers who worked in IT positions for Democratic members of Congress, including Debbie Wasserman-Schultz of Florida, indicating that the FBI has seized smashed computer hard drives from the home of one of the men.

Pakistani-born Imran Awan, long-time right-hand IT aide to the former Democratic National Committee (DNC) Chairwoman, has since desperately tried to get the hard drives back, the individual told The Daily Caller News Foundation’s Investigative Group.

A high-level congressional source, speaking on condition of anonymity because of the sensitivity of the probe, confirmed that the FBI has joined what Politico previously described as a Capitol Police criminal probe into “serious, potentially illegal, violations on the House IT network” by Imran and three of his relatives, who had access to the emails and files of the more than two dozen House Democrats who employed them on a part-time basis.

Imran Awan, his two brothers, two of their wives, and two friends, all worked for various members of Congress, but routinely missed weekly meetings and were reported to have been transferring data to an off-site server.

When Imran learned he was under investigation in February he abruptly moved out of his home in Virginia and listed it for rent on a website catering to members of the military.

One of new tenants — a Marine Corps veteran married to a female Navy Officer — said he found “wireless routers, hard drives that look like they tried to destroy, laptops, [and] a lot of brand new expensive toner.”

The tenants called the Naval Criminal Investigative Service, and not long after, FBI agents arrived together with the Capitol Police to interview them and confiscate the equipment. The Marine spoke on condition of anonymity because of concerns for his wife’s naval career, saying she doesn’t want to be associated with a national security incident.

Imran was desperate to retrieve the property, even showing up at the home numerous times to get it back, but the Marine wouldn’t let him in.

Despite all of this, Imran has not been fired by Wasserman-Schultz. In fact, she threatened the Capitol Police during a budget hearing with “consequences” if a seized laptop used by Imran Amwan was not returned.

Because of what’s already been reported about the behavior of the members of the Awan group and his knowledge of military security, the Marine is dismayed that this breach of security by foreign nationals isn’t all over the news.

“I served in the Marine Corps for 14 years; if I downloaded files to an offsite server, I’m going to prison for a lot of years.”

He believes “there’s no way they could get this far without help” from some of the Democratic members of Congress for whom the brothers worked. Other Democrats have ignored a major security breach because it could look like a “black eye” in that they failed to vet the Pakistanis, he said.

“He’s dangerous. This is a crime syndicate that has successfully indicated Congress,” he said.

“If Donald Trump and the Republicans had hired foreign nationals to be their top IT guys and somehow their congressional files had been compromised, this would have been all over the news,” he continued.

The Capitol Police reported Thursday they have not inspected the laptop seized from Wasserman-Schultz’s office due to the invocation of the Constitution’s “Speech and Debate clause.”