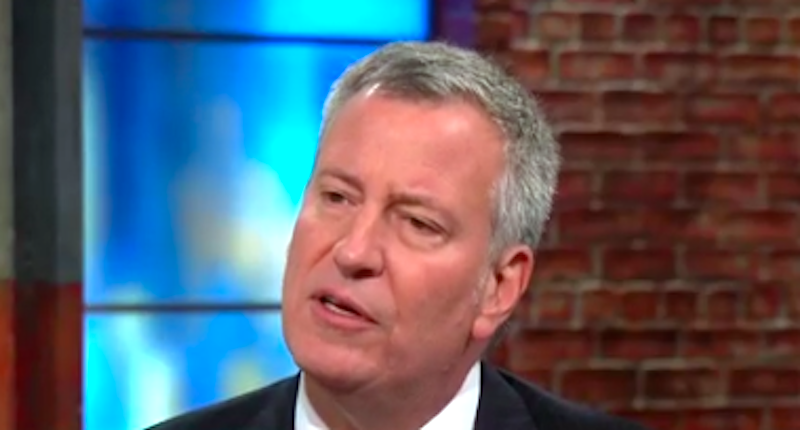 New York City Mayor Bill de Blasio took off Monday for a family vacation in Rhode Island just days after he convinced the city’s Campaign Finance Board to award him an additional $1.6 million in public matching funds for what he called a tough reelection fight.

De Blasio was automatically entitled to $958,000 in matching funds as part of the city’s campaign finance program—though he was not obligated to take the money—but requested more, claiming that the Democratic primary on Sept. 12 will be a tough reelection race, according to the New York Post.

The mayor is considered a heavy favorite in the race and it is rare for candidates to vacation so close to an election they expect to be a hard-fought battle.

“It’s unfortunate that the mayor made a strong case for additional matching funds by saying he had a competitive race and then took off on vacation,” Dick Dadey, director of the government watchdog Citizens Union, told the Post. “The argument that he needed it for a competitive election doesn’t hold together very well.”

De Blasio qualified on Aug. 3 for taxpayer matching funds, which are capped at 25 percent when a candidate is facing minimal opposition. However, he convinced the Campaign Finance Board (CFB) that his main Democratic rival, Councilman Sal Albanese, was a serious threat.

The board agreed and added $1.6 million in taxpayers matching funds on top of the $958,000 he would have already received, giving de Blasio $2.57 million.

“Public-funds payment determinations by the board are based on … objective criteria and nothing else,” CFB spokesman Matthew Sollars said.

Albanese believes de Blasio is taking advantage of taxpayer money and did not need the extra funds, the Post reported. Records show the current mayor had $4.9 million is his campaign account as of last week, while Albanese had $5,397 without receiving matching money as of yet.

“He has more than enough money to get his message out,” Albanese said. “His [public funds] could have gone towards improving city services.”