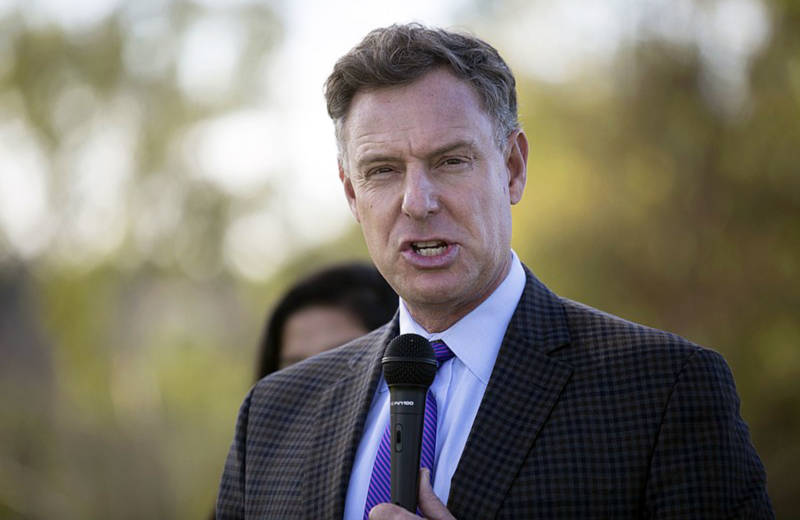 Rep. Scott Peters (D-CA) commented on the state of the Democratic party with some strong words in a recent New York Times magazine feature on the post-Obama Democratic party. “I love the guy, I miss him,” Peters said of Obama. “But organizationally, the party is in disarray. We’re at the lowest level of elected officeholders since Hoover.”

“We got a bit lazy and found ourselves relying on Barack Obama’s charisma,” he said, “and it left us in bad shape.”

In a conference call on November 9th 2016, Pelosi frustrated some Democrats, including Peters, who “expected their leader to offer some show of contrition, an inventory of mistakes made or, at minimum, an acknowledgment that responsibility for the previous night’s disaster began at the top.”

But according to a transcript of the call that the magazine obtained, Pelosi “sounded downright peppy on the call, noting a few vulnerable House seats that the Democrats had managed to hang onto.”

As for Trump’s sweep of Democratic strongholds in the Rust Belt with white working-class voters, Pelosi dismissed criticism that the party had “lost touch” with them.

“To say we don’t care about them is hard to believe,” Pelosi said. “I have to take issue and say I don’t think anybody was unaware of the anger.” She said that Democrats, “have to get out there and say it in a different way.”

“It reminded me of that scene at the end of Animal House, where Kevin Bacon is standing in the middle of all this chaos, screaming: ‘Remain calm! All is well!’” Peters said of Pelosi’s remarks.

“After telling us before that we were going to pick up 20 seats, and we end up with six, underlaid with Clinton losing, I had no use for that kind of happy talk,” he concluded.

There is clearly plenty of concern in the Democratic party over its message resonating in the Rust Belt and there have been calls recently for Pelosi to consider stepping down. A full third of the Democratic caucus voted for Rep. Tim Ryan (D-OH) last November when he challenged her for the position of House Minority Leader.

Rep. Linda Sanchez (D-CA), the vice chairman of the House Democratic Caucus, said in October that it was time for Pelosi to step down.

“I do think it’s time to pass a torch to a new generation of leaders, and I want to be a part of that transition,” she said. “I want to see that happen. I think we have too many great members here that don’t always get the opportunities that they should. I would like to see that change.”

Sen. Amy Klobuchar (D-MN) emphasized the importance of the Midwest and the economy being part of the Democratic party messaging in a speech last week.

“The Midwest matters and next time we cannot leave the middle of the country behind,” she said in a clear reference to the party’s failures in that respect during the 2016 election.