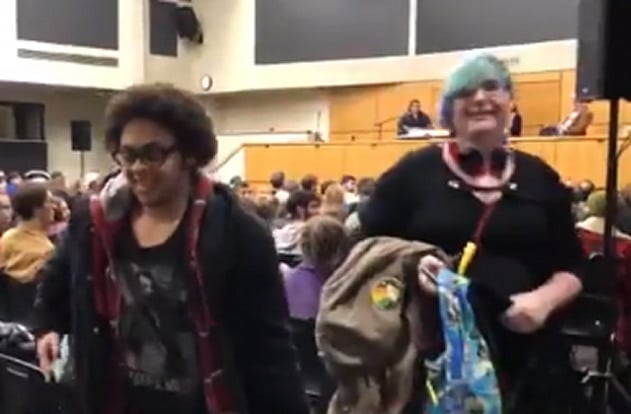 Did you know scientific facts are a form of fascism now? Some students at Portland State walked out of a talk in protest when a biologist pointed out the 100 percent accurate fact that men and women are different. Some of them even referred to her words as fascism.

Twitchy has the details:

WATCH: Students walk out on ‘Nazis’ who point out biological differences between men and women

That was enough to cause several students to walk out, apparently sabotage the sound system on the way out […]