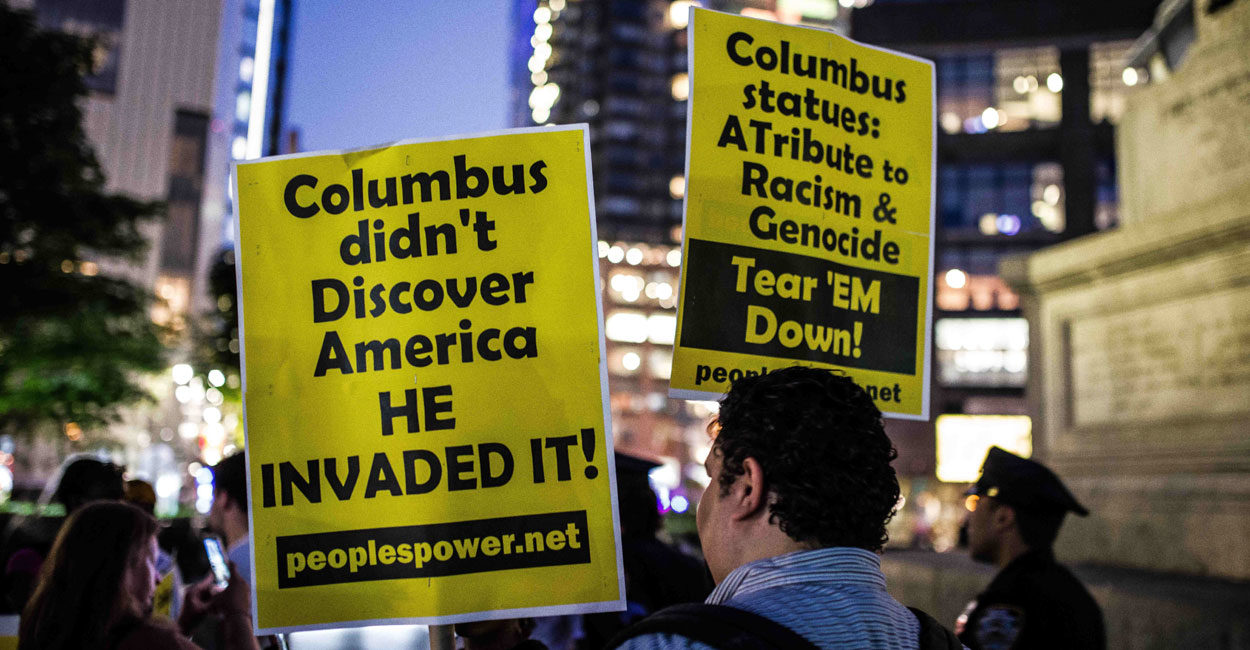 Another day, another historic statue comes down.

This time in California, to no one’s surprise.

On Tuesday, the San Jose City Council voted to remove a Christopher Columbus statue from City Hall. The California city joins a long list of other municipalities that have considered removing Columbus statues or have abolished Columbus Day in favor of Indigenous Peoples’ Day.

So, why did this statue have to come down?

The vote came after activists repeatedly denounced the explorer, whose conquests in the Caribbean led to the deaths of hundreds of thousands of indigenous people, and declared him not statue-worthy.

San Jose Mayor Sam Liccardo backed the move, saying, according to CBS SFBayArea, that “there is no policy basis for keeping a statue of somebody who was not from San Jose in City Hall.”

“Look, I’m Italian-American. I think my grandfather was a member of the group that donated it,” Liccardo said. “But I think that our understanding of history evolves as we learn more.”

No local museum wants the statue, according to the report, so its final location is currently in limbo.

There is a lot to unpack from this absurd decision.

It’s sad that a man who most Americans once recognized as the seed-planter of their civilization has been so unceremoniously cast aside.

There was a time when Columbus was a nearly universally revered figure in the Americas, a man who stood for the bold, entrepreneurial spirit of the New World.

Columbus was a hero for immigrants, a man who risked all to forge a new beginning in a far-off land.