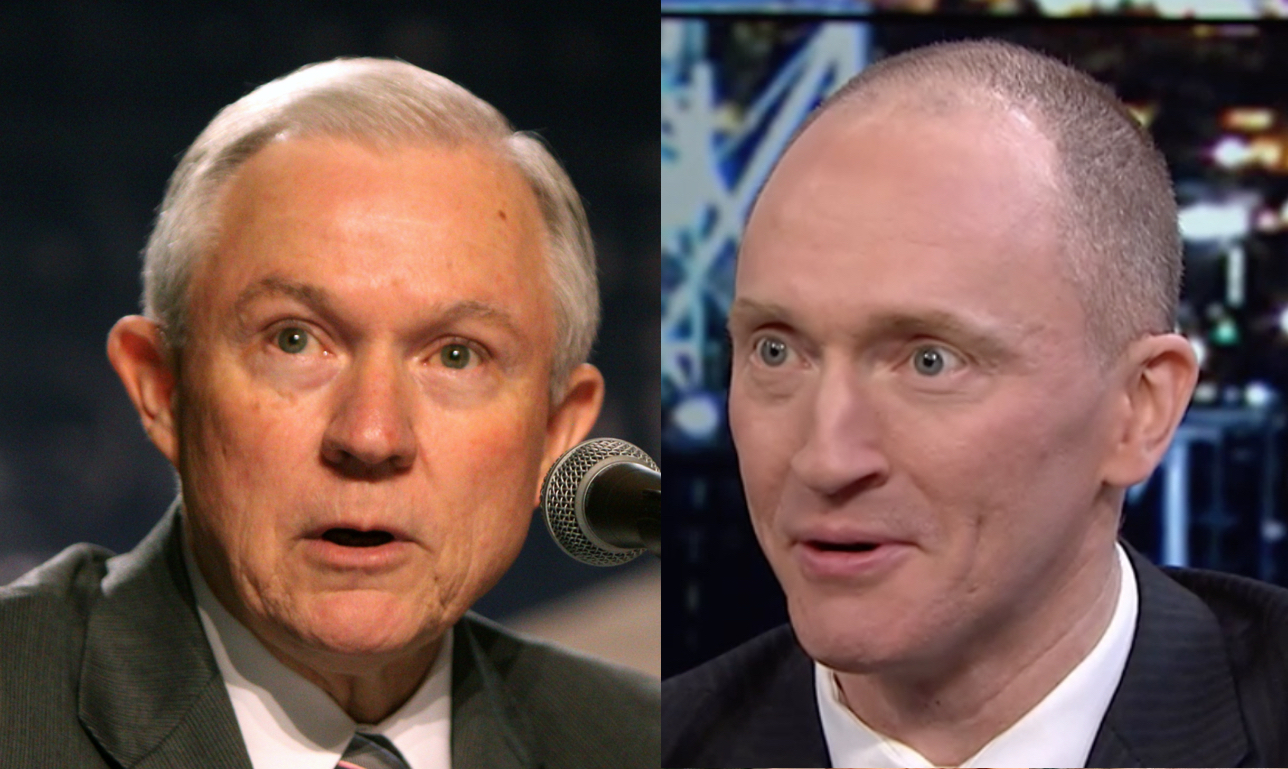 House Democrats are continuing to block testimony from about a dozen witnesses who sought to appear before the intelligence oversight panel investigating Russian interference in the 2016 election.

Congressional officials said one of the key witnesses, former informal adviser to the Trump campaign Carter Page, was scheduled to testify at a closed hearing of the House Permanent Select Committee on Intelligence.

But Democrats on the committee blocked the testimony, asserting they needed more time to prepare.

“He’s the guy that many Democrats have been pointing to as the supposed mastermind and you would think they were interested hearing his story,” said one Capitol Hill official.

Rep. Adam Schiff (Calif.), the committee’s Democratic leader, did not respond to emails seeking comment on the blocked testimony.

Schiff has asserted in the past that evidence of collusion between Russia and the Trump campaign is “more than circumstantial,” contrary to other intelligence and congressional oversight members who have said there is no evidence.

On Sunday, Schiff appeared to back off his earlier comments somewhat. Pressed on ABC News to explain the nature of the evidence of collusion, the lawmaker said: “Well, I think there is evidence. I can’t go into the particulars of our closed investigation. But I also think there is also evidence of obstruction. But in both cases, I would say, whether there is some evidence doesn’t mean there is proof beyond a reasonable doubt.”

Schiff was referring to obstruction of justice charges against President Trump. His mention highlights a new tactic adopted by Democratic critics of the president regarding the Russian investigation: playing down charges of alleged collusion while playing up claims of a cover up.

Schiff told ABC that the allegations of collusion are focused on Russian hacking of private emails and making them public, and that Russians were working with Trump campaign staff and coordinated the influence operation. “But I’m not prepared to say that there’s proof you could take to a jury,” he said. “But I can say that there is enough that we ought to be investigating.”

Schiff was not asked about why witnesses have not appeared before the panel but said the committee is “far closer to the beginning of the investigation than we are to the end”—suggesting Democrats plan to draw out the probe for many months.

The FBI has been investigating charges of Russia-Trump campaign collusion since July, based in part on a controversial private intelligence dossier produced by former British intelligence officer Christopher Steele.

Many of the dossier’s claims, including charges that Page met with Russians intelligence figures, have been debunked.
In addition to Page, the House wants to hear from several current and former intelligence and law enforcement officials, including fired FBI Director James Comey and Adm. Mike Rogers, director of the National Security Agency.

Paul Manafort, who served for a time as Trump’s campaign manager, also has said he is willing to testify before the House panel. Another figure in the controversy, former Trump adviser Roger Stone, also expressed an interest in testifying in a public hearing in March.

Page, however, was the only witness who had been scheduled to appear before Democrats blocked the testimony.

The House committee is also investigating whether the Obama administration improperly requested the unmasking of Americans’ identities that were kept secret in classified transcripts of communications intercepts.

On May 31, the committee subpoenaed records from the FBI, CIA, and NSA related to requests for the identities of Americans caught up in foreign intelligence surveillance. The request is related to unmasking requests made by White House National Security Adviser Susan Rice, former CIA Director John Brennan, and former U.S. Ambassador to the United Nations Samantha Power.

Some records have been supplied to House investigators, but more information is being sought by the panel.

Page, head of the firm Global Energy Capital, told the Washington Free Beacon he was disappointed by the failure to permit him to testify.

“This has been like remaining defenseless in a battle against kamikaze special attack squadrons with dozens of bombers,” he said. “In blocking my open testimony, they seem committed to covering up the extreme disgrace of the Obama administration’s secret FISA warrants and influential propaganda tactics which unsuccessfully tried to rig the 2016 election.”

Page outlined what he plans to tell Congress in testimony in four letters sent to the House and Senate intelligence oversight panels between May 22 and June 8.

The letters reveal Page was set to appear before the committee on June 6 and urged that some of his testimony be public.

“In support of that forthcoming appearance, I have recently been in contact with Deputy Attorney General Rod Rosenstein, Special Counsel Robert Mueller, and other Justice Department officials regarding the multiple outstanding requests for immediate release of the illegitimate FISA warrants that were allegedly filed by the Obama Administration against me in 2016,” Page said in the May 22 letter. He was referring to Foreign Intelligence Surveillance Court warrants reportedly issued.

Page denied any improper interaction between himself and Russian business or government officials.

Instead, he is charging that the Obama administration engaged in a political intelligence-gathering operation targeting Trump and his associates.

Page stated that he had no role in any government active-measures operations involving the election, but that he discussed the release of hacked documents with two officials of the state-run Russian RT television network.

“The only discussion I can recall where WikiLeaks even tangentially came up with any Russian occurred on the afternoon of Monday, October 24, 2016,” he stated.

“In the moments before recording a TV interview at RT’s studios in London where I was visiting for a few days on my way to Johannesburg, the host and staff mentioned in passing that the news they saw about WikiLeaks in the U.K. papers seemed like it might potentially be interesting. However, they anecdotally noted in passing that it was unfortunate that there was no way to efficiently sort through the high number of documents which had been released. Based on this limited verbal interaction, it seems unlikely that Russian entities such as this television network were in any way directly involved in the WikiLeaks cyber activity,” Page said.

Noting he has had extensive business contacts with Russians since 1991, Page said he “personally saw no active measures by the Russian government or other foreign entities to interfere in any political campaigns whatsoever—neither last year nor at any point throughout my life.”

A U.S. intelligence assessment made public in January charged that Russia had engaged in a cyber-enabled influence operation during the 2016 campaign targeting the U.S. democratic system and aimed at denigrating Democratic nominee Hillary Clinton.

The FBI, CIA, and NSA were divided on the level of confidence their analysts had regarding whether the Russians conducted the operation with a clear preference for Trump. FBI and CIA had high confidence, while NSA voiced moderate confidence.