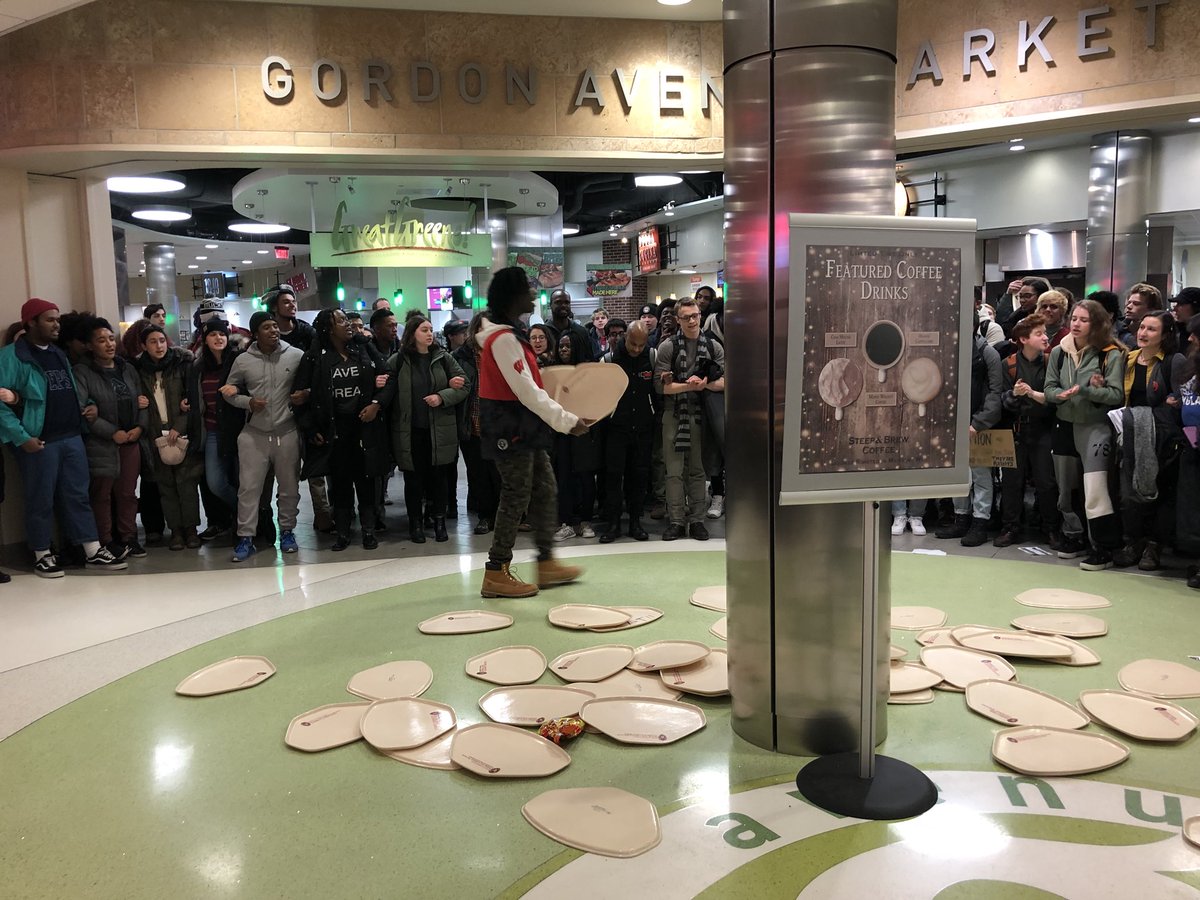 University of Wisconsin-Madison students threw a tantrum Tuesday over a new meal plan announced for freshmen next year, throwing trays as they chanted and blocked customers from Gordon Dining Hall.

“We’re here to get an education and we have people having to take out 2 to 3 jobs, 3 to 4 loans just to pay for meals, just to pay for housing and that’s not okay,” freshman Chelsea Hylton told WKOW.

Some students scrawled protest slogans like “I can’t eat!” on the food trays and pranced them around the dining hall, while others tossed the trays into a heap as they bickered with classmates who seemed to think the melee was sour grapes.