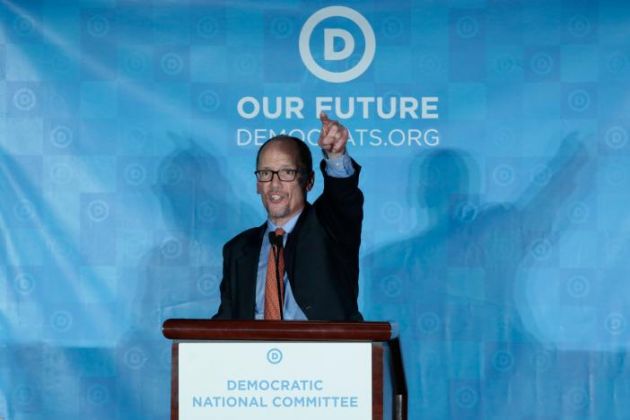 It’s becoming increasingly clear that single-payer skeptics within the Democratic Party need not apply for the 2020 presidential nomination; the left-wing base won’t tolerate any shortcomings on that new ideological litmus test.  Bernie Sanders is expected to roll out his “Medicare for All” bill tomorrow (reminders: Medicare is going insolvent, and the new legislation could also be framed as “VA for all”), and every blue state Senator with presidential aspirations is dutifully lining up to sing along with the hallelujah chorus.  Once California’s Kamala Harris jumped on board — despite her single-party state’s inability to pass government-run healthcare, due to crippling costs and zero ability to pay for it — it became inevitable that others would follow suit.  I was telling a friend the other day how surprised I was that figures like Corey Booker and Kirsten Gillibrand hadn’t stepped up with “me too!” press conferences yet.  Lo and behold:

The party’s stampede to the left is continues apace.  Democrats, despite their ostentatious genuflections at science, haven’t been big on math in recent years, and that nation-bankrupting deficiency is getting more acute.  The mathematical reality of single-payer healthcare is that it’s astonishingly expensive, as lawmakers in left-wing states like Vermont and California have discovered.  Colorado, a presidential battleground that has gone blue in every cycle since 2004, held a statewide referendum last year on implementing the system statewide.  After being educated on the implications of the measure, 79 percent of voters rejected it.  A liberal think tank has estimated that a national single-payer regime would cost $32 trillion over the first decade — or more than $3 trillion in new federal spending per year.  The federal government spent $3.9 trillion total last year, racking up a $587 billion annual deficit in the process.  So how would Uncle Sam even begin to pay for Bernie’s extravagantly costly system?  Massive tax increases — not just on “the rich,” but on all taxpayers.  Don’t believe me?  Just ask current (part-time?) DNC Chairman Tom Perez, who let the truth slip just last year:

Howard Dean has made similar admissions in the past.  The RNC is highlighting this exchange between CNN’s Jake Tapper and Sanders in which the Vermont Socialist struggles to explain how his plan’s arithmetic would work, and why very liberal states were forced to abandon the single-payer dream due to catastrophically prohibitive costs.  He was told there would be no math:

Sanders side-steps Tapper’s question about a mammoth price tag derailing the process in his own home state — arguing that families would supposedly save money in the aggregate because they’d no longer be paying other healthcare costs, and citing the Canadian and British systems as positive examples.  What he doesn’t mention is that in addition to much higher tax bills, Americans would experience other joys of state-run healthcare: Government rationing, stifled innovation, much longer wait times for appointments and care, and lower survival rates for some major diseases.  Total government control, higher taxes, far less accountability, worse outcomes.  When Tapper follows up about Vermont’s meltdown, Sanders shrugs and admits, “politically, this is difficult,” going on to blame evil corporate overlords who block needed change.  This is unconvincing.  Vermont is a left-wing state with a citizenry that actually wanted single-payer.  The numbers just couldn’t add up, as determined by the previous, crunchy, lefty governor.  Notably, Bernie’s new bill will not include pay-fors, which he says will be determined in separate legislation somewhere down the line.

I’ll leave you with this: Across-the-board hikes, exploding debt, rationing, and depressed innovation are all potent arguments against single-payer healthcare.  But conservatives should always stress that the private, high-quality, employer-provided plans of more than 150 million Americans would also be stripped away under a government healthcare regime.  Meanwhile, Republicans still have a limited window to follow through on their promise to voters.  Will Graham/Cassidy get a serious look in the next few weeks?

2 reasons to support Graham-Cassidy:
1. It's better than Obamacare
2. Only way to stop federal funding of abortion https://t.co/CqZy2ZxpAw

.@SecPriceMD urges Senate to revisit repeal and replace (a "necessity"), but concedes it "doesn't look promising in the near term."