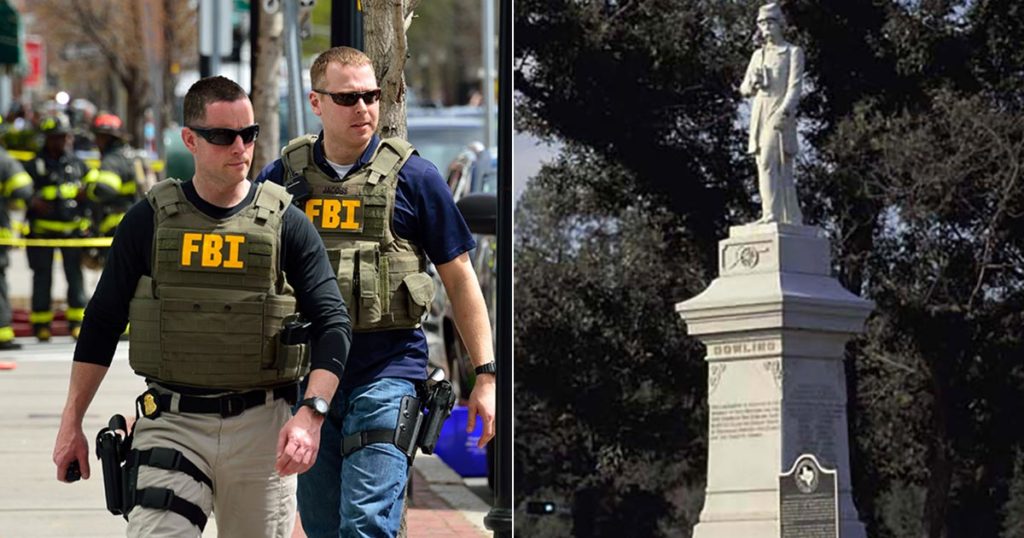 A man has been arrested for trying to use explosives to blow up a statue of Confederate commander Richard Dowling at Hermann Park in Houston, Texas, over the weekend. The potential act of terrorism has drawn federal officers’ attention in search of further bomb-making materials.

“When confronted Saturday night in the park, he tried to drink some of the liquid explosives but spit it out, officials said.

“Federal authorities said one of the tubes contained nitgroglycerin and hexamethylene triperoxide diamine, HMTD, a ‘highly explosive compound’ used as a primary explosive. Nitroclycerin, in its purest form, is a contact explosive.”

After the thwarted attack, a combination of state and federal law enforcement officials raided the home of a couple whose son, Andrew Schneck, is the focus of the investigation. The 25-year-old Schneck has a long history of run-ins with the law.

In 2016, he was released on probation after serving time for storing explosives in his home. In 2013, federal agents raided his house in search of dangerous chemicals that could be used as explosives. He would plead guilty to a misdemeanor charge and $160,000 fine.

Not much is known about Schneck’s political affiliations or interests. While enrolled at Austin College, a small liberal arts school, he contributed to papers within the school’s chemistry department, specializing in organic chemistry and nanotechnology

At 8:30 a.m. Monday local time, police and fire units arrived at the suspect’s home, along with teams from the FBI Technical Hazards Response Unit and the FBI Evidence Response Team. A source told the Chronicle that the “raid was sparked by chemicals that could be used to make nerve gas or tear gas.”

The Houston Police Department held a news conference Monday but didn’t reveal much other than that the police planned on detonating the explosives found inside the home, and that the investigation was ongoing. Police would not reveal the specific bomb making materials inside the home, but said that officers found “a lot” of chemicals that could be used as explosives.

There remains a fierce debate nationwide over whether Confederate statues should be taken down, based on people’s sensitivity. But the attempted bombing of one of those statues clearly falls outside of the range of rational political discourse or action.