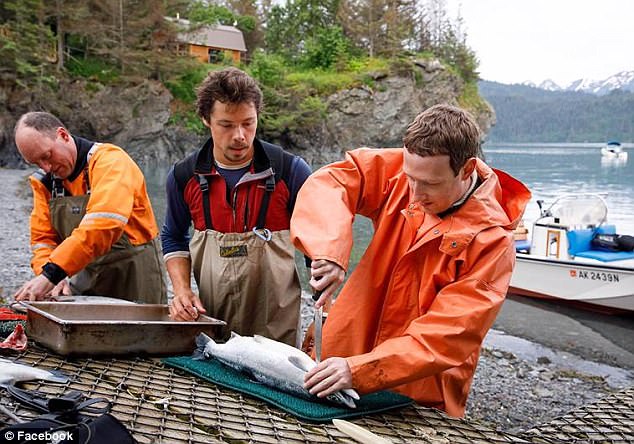 Facebook CEO Mark Zuckerberg has stated his dedication to the concept of universal basic income following his recent trip to Alaska where residents receive a yearly government dividend.

Business Insider reports that Facebook CEO Mark Zuckerberg detailed his support for the concept of universal basic income in a recent Facebook post, inspired by the tech billionaire’s recent trip to Alaska. Zuckerberg had previously discussed the idea in his Harvard commencement speech in May where he said, “We should have a society that measures progress not just by economic metrics like GDP, but by how many of us have a role we find meaningful. We should explore ideas like universal basic income to make sure everyone has a cushion to try new ideas.”

In his recent Facebook post, Zuckerberg discussed his trip around America to visit all 50 states and specifically his time in Alaska. Zuckerberg praised the Alaskan social security system which provides residents with a yearly check from the Permanent Dividend Fund, a $52-billion fund comprised mostly of oil revenues. Residents receive approximately $1,000 to $2,000 a year from this fund. This system, while not exactly a universal basic income plan, stood out to Zuckerberg as an approach that he believes “may be a lesson for the rest of the country.”

“First, it’s funded by natural resources rather than raising taxes,” wrote Zuckerberg. Second, it comes from conservative principles of smaller government, rather than progressive principles of a larger safety net. This shows basic income is a bipartisan idea.” Zuckerberg also discussed the mentality that organizations have when they’re in debt compared to when they’re profitable,

Seeing how Alaska put this dividend in place reminded me of a lesson I learned early at Facebook: organizations think profoundly differently when they’re profitable than when they’re in debt. When you’re losing money, your mentality is largely about survival. But when you’re profitable, you’re confident about your future and you look for opportunities to invest and grow further. Alaska’s economy has historically created this winning mentality, which has led to this basic income. That may be a lesson for the rest of the country as well.