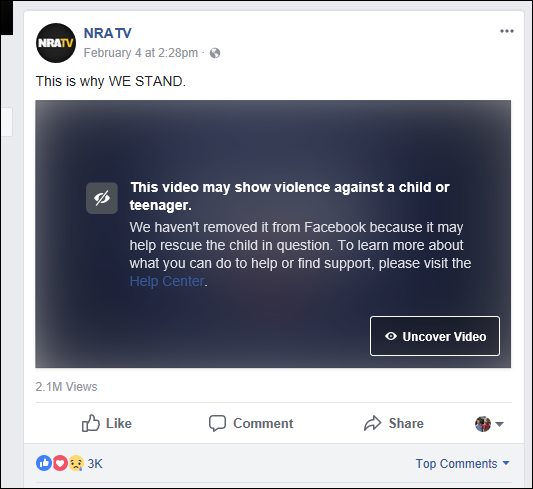 Facebook users may have missed the NRA’s latest video because Facebook hid it behind a warning message.

The 2nd Amendment group posted “Why We Stand” on Sunday.

The message is about a veteran’s visit to liberals protesting the American flag and national anthem.

He goes on to wonder what those who sacrificed their lives would think of Americans today.

“What would those men think of us today?” he asks.

“I even found myself asking a question that should send shivers of guilt down all of our spines,” he continued as the video shows U.S. Rep. Sheila Jackson Lee kneeling on the floor of the House of Representatives.