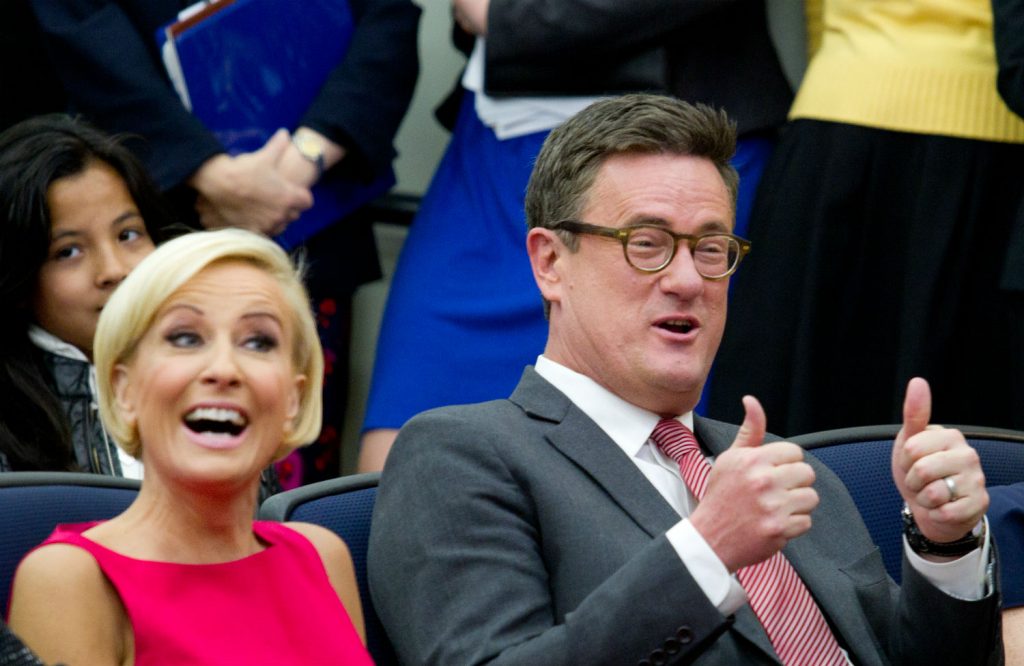 Since when are Mika and Joe the standard bearers of who is conservative? And why would Mika Brzezinski be excited about any conservative running for office? She’s a self proclaimed liberal. That should tell everyone anything they need to know about Mitt Romney’s candidacy.

This will almost make your head explode.

Despite his severe criticism of the Republican candidate during the 2012 Presidential campaign, on Tuesday, the Morning Joe host gushed that Romney could be “a great hope” for conservatives.

Scarborough’s latest 180 occurred during the A-block of his MSNBC show as panelists discussed the President’s recent endorsement of Romney for the Utah senatorial race. The segment began, somewhat ironically, with a montage which alternated between clips of the Trump and the former Senator insulting […]