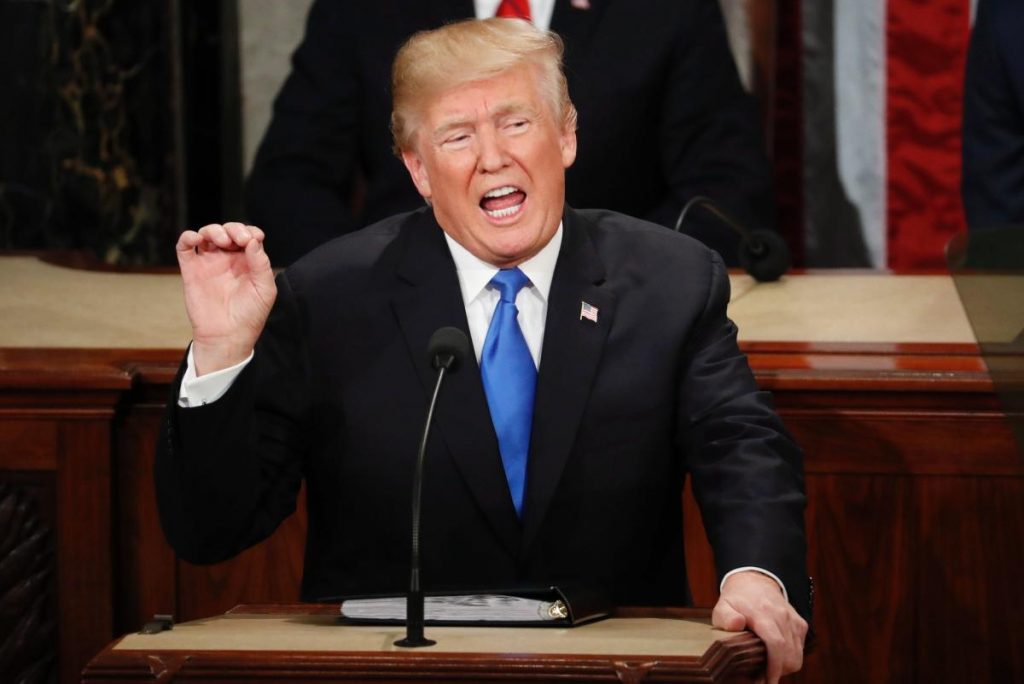 In his first State of the Union speech, President Donald Trump made quite a few claims and assertions, and we’ve examined six of them.

Statement  1: “Our massive tax cuts provide tremendous relief for the middle class and small businesses. … A typical family of four making $75,000 will see their tax bill reduced by $2,000—slashing their tax bill in half.”

The facts: A Heritage Foundation analysis estimate found that the tax bill for a married couple who are homeowners with three children earning $75,000 in annual income would “decline by $2,014, or 115 percent, to $0, plus a refundable credit of $261.”

Statement 2: “We built the Empire State Building in just one year—is it not a disgrace that it can now take 10 years just to get a permit approved for a simple road?”

The facts: Empire State Realty Trust states that “construction of the building took only one year and 45 days from the setting of the tower’s first steel columns on April 7, 1930, to the completed building by March 31, 1931—a full month before the official opening ceremonies.”

Statement 3: “Since the election, we have created 2.4 million new jobs, including 200,000 new jobs in manufacturing alone. After years of wage stagnation, we are finally seeing rising wages. Unemployment claims have hit a 45-year low. African-American unemployment stands at the lowest rate ever recorded, and Hispanic-American unemployment has also reached the lowest levels in history.”

The facts: According to the latest jobs report, black unemployment has dropped to 6.8 percent. That is the lowest point it has been at since the Bureau of Labor Statistics began tracking the data in 1972.

The Hispanic unemployment numbers are currently near a record low. They hit 4.9 percent, up 0.1 percent since they hit a record low in November, according to the Los Angeles Times.

Statement 4: “Since we passed tax cuts, roughly 3 million workers have already gotten tax-cut bonuses—many of them thousands of dollars per worker.”

The facts: According to Americans for Tax Reform, this figure is accurate. At least 3 million Americans are receiving “special tax reform bonuses,” the taxpayer advocacy group reported, and that doesn’t even include “those receiving pay increases or increased 401(k) contributions from their employer due to tax reform.”

The facts: According to the Centers for Disease Control and Prevention, which studied this question, drug overdoses killed roughly 64,000 people in the United States in 2016. This account was echoed by The New York Times, which conducted its own investigation into drug deaths in America as well.

Statement 6: “I am proud to report that the coalition to defeat ISIS has liberated almost 100 percent of the territory once held by these killers in Iraq and Syria.”

The facts: The Pentagon said Islamic State fighters have been cleared from 98 percent of the territory they held in Iraq and Syria at their high point in 2014 and 2015, according to USA Today. The newspaper also reported that “Only about 3,000 militants are left in Iraq and Syria, down from a peak of more than 25,000 in 2014 and 2015, according to recent U.S. military estimates.”