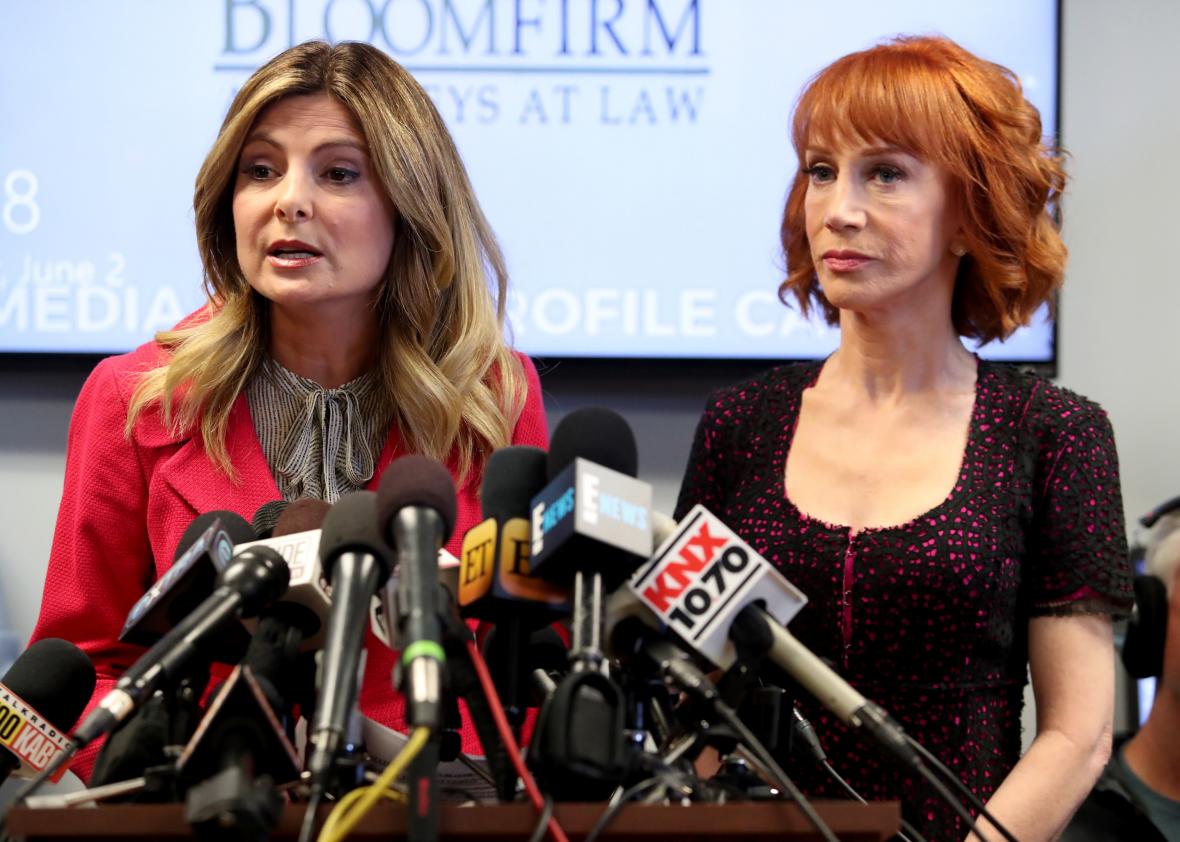 When Kathy Griffin posed for a photoshoot holding a fake decapitated, bloody head of President Donald Trump in June, she likely didn’t think about the wide-reaching implications of her so-called “joke.”

While her controversial stunt resulted in some serious professional consequences, it also earned her a lengthy visit from the U.S. Secret Service.

Secret Service agents reportedly tracked down Griffin and interviewed her in person for more than an hour. Further, the investigation into the bloody head debacle remains open.

News: Kathy Griffin has been interviewed by the Secret Service, in-person, for over an hour….investigation still not closed.

Griffin’s attorney, Dmitry Gorin, has claimed the comedian was merely exercising her “First Amendment rights to tell a joke.”

“When you look at everything in the media, all the times entertainers make videos or express themselves in other ways, you’ve never seen an entertainer, let alone a comedian, be subject to a criminal investigation,” the attorney added.

Even though the investigation is ongoing, it’s unlikely that Griffin will actually be arrested over the crude photo.