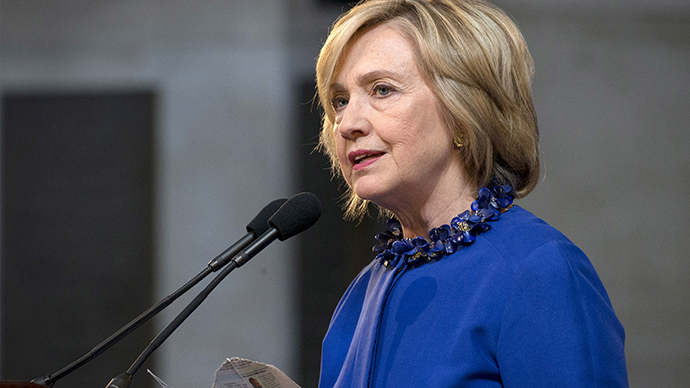 Nine months after Hillary Clinton was defeated by Donald Trump in the 2016 presidential election, a federal judge is ordering the State Department to make another attempt in locating Clinton’s missing emails about the 2012 Benghazi terrorist attack.

U.S. District Court Judge Amit Mehta ruled Tuesday that the State Department did not do enough to “track down messages Clinton may have sent about the assault on the U.S. diplomatic compound on Sept. 11, 2012 — an attack that killed four Americans, including the U.S. ambassador to Libya,” Politico reported:

In response to Freedom of Information Act requests, State searched the roughly 30,000 messages Clinton turned over to her former agency at its request in December 2014 after officials searching for Benghazi-related records realized she had used a personal email account during her four-year tenure as secretary.

State later searched tens of thousands of emails handed over to the agency by three former top aides to Clinton: Huma Abedin, Cheryl Mills and Jake Sullivan. Finally, State searched a collection of emails the FBI assembled when it was investigating Clinton’s use of the private account and server.

In all, State found 348 Benghazi-related messages or documents that were sent to or from Clinton in a period of nearly five months after the attack.
Judicial Watch, a conservative watchdog group, said the State Department’s initial search was not good enough because it didn’t search the email accounts of Clinton’s top aides for relevant messages pertaining to Benghazi.

Mehta, an appointee of former President Barack Obama, agreed with Judicial Watch in a 10-page ruling.

“To date, State has searched only data compilations originating from outside sources — Secretary Clinton, her former aides, and the FBI. … It has not, however, searched the one records system over which it has always had control and that is almost certain to contain some responsive records: the state.gov e-mail server,” Mehta wrote.

Mehta received pushback from Justice Department lawyers defending State because they believed that searching other employees’ accounts would set a bad precedent for future Freedom of Information Act (FOIA) searches.

The reasoning behind Mehta’s ruling stems from the fact that the State Department would have archived emails on their servers from Clinton’s top aides. However, it’s not clear how regularly this occurred, according to Politico:

State Department officials have said there was no routine, automated archiving of official email during Clinton’s tenure. Some officials did copy their mailboxes from time to time and put archived message folders on desktop computers or servers, so State may still have some messages from the aides, but the FBI may already have acquired some of those messages during its inquiry.