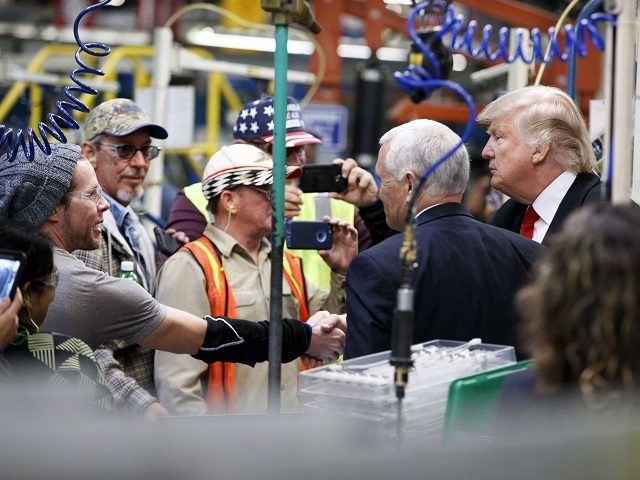 With their passing reference to the proposed project in a memo, the leaders became the first high-ranking state officials to acknowledge the Taiwanese company is considering a massive presence here.

The firm also is considering putting the development in Michigan or other states.

They referred to the possible project as they sought to revive stalled talks over the state budget. Disputes over transportation funding have kept Republicans, who control the Legislature, from reaching a budget deal.

“Recently, technology company, Foxconn, has indicated its desire to locate in southeastern Wisconsin with up to 10,000 jobs, and yet the (funding) of I-94 North-South through Racine and Kenosha counties continues to be delayed,” wrote Assembly Speaker Robin Vos (R-Rochester), Assembly Majority Leader Jim Steineke (R-Kaukauna) and Rep. John Nygren (R-Marinette), the co-chairman of the Legislature’s budget committee.

The three want to find more funding for highways to shorten delays on I-94 and other projects. The section of I-94 south of Milwaukee — which runs through Vos’ district — is years behind schedule.

The memo from Vos was the latest — and strongest — signal that Foxconn is eyeing southeastern Wisconsin.

The giant contract manufacturer — it makes the iPhone and Sharp high-definition televisions — has talked about spending more than $10 billion on new U.S. factories, and Wisconsin has looked like a prime candidate.

While Foxconn has said other states are under consideration too, Wisconsin was specifically cited by President Donald Trump three weeks ago in remarks that strongly hinted at the company and its plans.

Accompanied by Gov. Scott Walker during a stop at Waukesha County Technical College on June 13, Trump said, “Just backstage, we were negotiating with a major, major, incredible manufacturer of phones and computers and televisions, and I think they’re going to give the governor a very happy surprise very soon.”

Also last week, Racine Mayor John Dickert said representatives of an effort to land Foxconn have approached the city about providing water and sewer service to a potential large plant outside the Racine limits.

The city’s water and wastewater staff is studying the request but needs more details, Dickert said.

In an interview, Vos said he had promised not to discuss the Foxconn bid — another potential sign that his home region is in the running.

Vos did point to another company besides Foxconn that is weighing a move to a new industrial park in the Village of Caledonia, in northern Racine County. That unnamed business is concerned about the status of the I-94 North-South project, the speaker said.

“One of the things that they worry about is the Highway K interchange being done and being able to be competitive and move their products on the interstate,” Vos said.

For his part, Vos has long been concerned about finishing work on the North-South leg and providing more road funding to help make that and other highway projects happen.

But Walker and Senate Republicans have refused to raise taxes to help fund roads. That disagreement has contributed to a budget stalemate at the Capitol.

It’s been a week since GOP leaders have met to work on a compromise. Vos said the regular weekly meeting he has with Walker and Senate Majority Leader Scott Fitzgerald (R-Juneau) didn’t happen Wednesday.

That underlined the challenges that remain to getting a budget deal and more state funding for road work.

GOP lawmakers last week said they were considering imposing a mileage-based fee on heavy trucks to raise money for roads.

Numerous business groups, including the Wisconsin Motor Carriers Association and Wisconsin Manufacturers & Commerce, came out against the plan, and the proposal effectively died when five conservative senators called it unacceptable.

Vos and the other Assembly leaders on Wednesday wrote the groups opposing the plan to say they should offer solutions for how the state should fund its highways. In listing the challenges, the state’s transportation fund faces, he mentioned the Foxconn proposal.