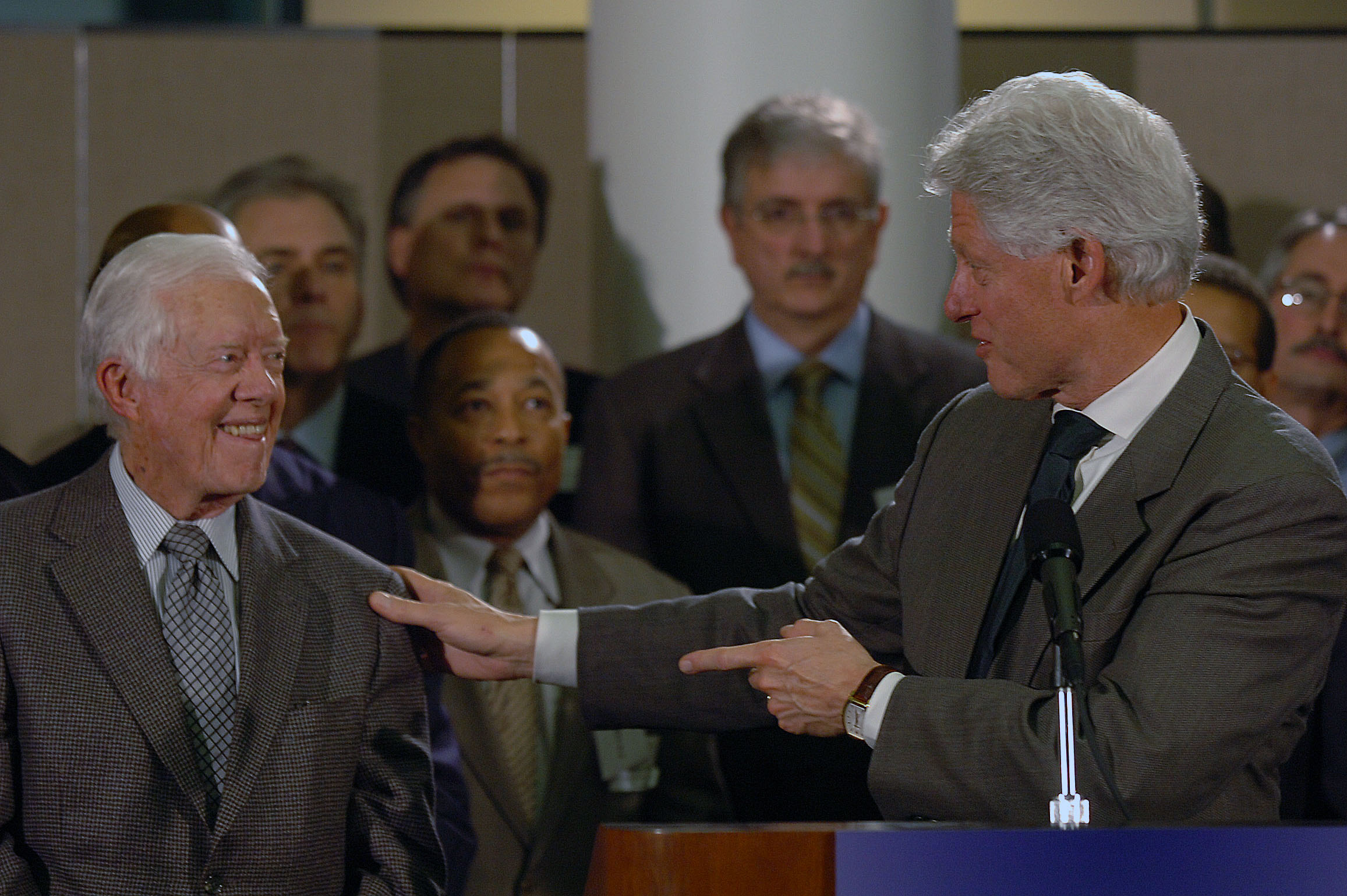 North Korea’s boast that it just detonated its first hydrogen bomb met instant doubts from the White House and arms experts. If they’re right, Pyongyang “only” has plain-old atomic bombs. What a . . . relief?

But, as one Chinese expert told The Wall Street Journal, the H-bomb claim still shows that tyrant Kim Jong-un is “marching in that direction.”

For all this, thank Jimmy Carter and Bill Clinton. North Korea couldn’t have done it without their gullibility.

Back in 1994, President Clinton prepared to confront North Korea over CIA reports it had built nuclear warheads and its subsequent threats to engulf Japan and South Korea in “a sea of fire.”

Enter self-appointed peacemaker Carter: The ex-prez scurried off to Pyongyang and negotiated a sellout deal that gave North Korea two new reactors and $5 billion in aid in return for a promise to quit seeking nukes.

Clinton embraced this appeasement as achieving “an end to the threat of nuclear proliferation on the Korean Peninsula” — with compliance verified by international inspectors. Carter wound up winning the Nobel Peace Prize for his dubious efforts.

But in 2002, the North Koreans ’fessed up: They’d begun violating the accord on Day One. Four years later, Pyongyang detonated its first nuke.

Now, the Obama administration (long content to kick the North Korea can down the road) says it will never “accept” a nuclear North Korea. Funny: The president said the same thing about Iran, then cut a deal that guarantees the ayatollahs go atomic.

Yet North Korea is more of a wild card, a concentration camp of a nation run by a tiny, ruthless elite. If it ever lives up to its boasts and unleashes that “sea of fire,” will Carter, Clinton and Obama shed public tears for Pyongyang’s victims?