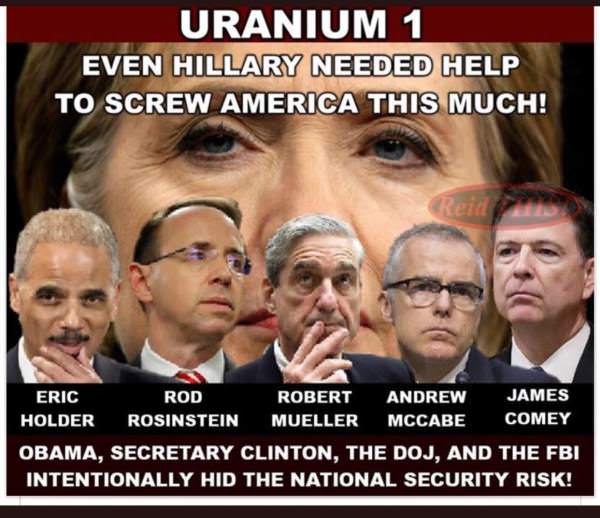 Victoria Toensing, the attorney for William Douglas Campbell, the FBI informant providing Congressional investigators with information about the Uranium One scandal is demanding the DOJ open an investigation into the falsified leaks to the media by “anonymous federal officials”, reported Sara Carter.

The lawyer representing a former FBI informant demanded Wednesday that Attorney General Jeff Sessions open an investigation into unauthorized and falsified leaks to the media by “anonymous federal officials.” The informant’s lawyer said the leakers disparaged her client in an effort to silence him from providing testimony to Congress regarding his role in exposing Russia’s long-term strategy to dominate the global uranium market and how Moscow achieved its goal in 2010 of obtaining roughly 20 percent of the U.S. uranium […]