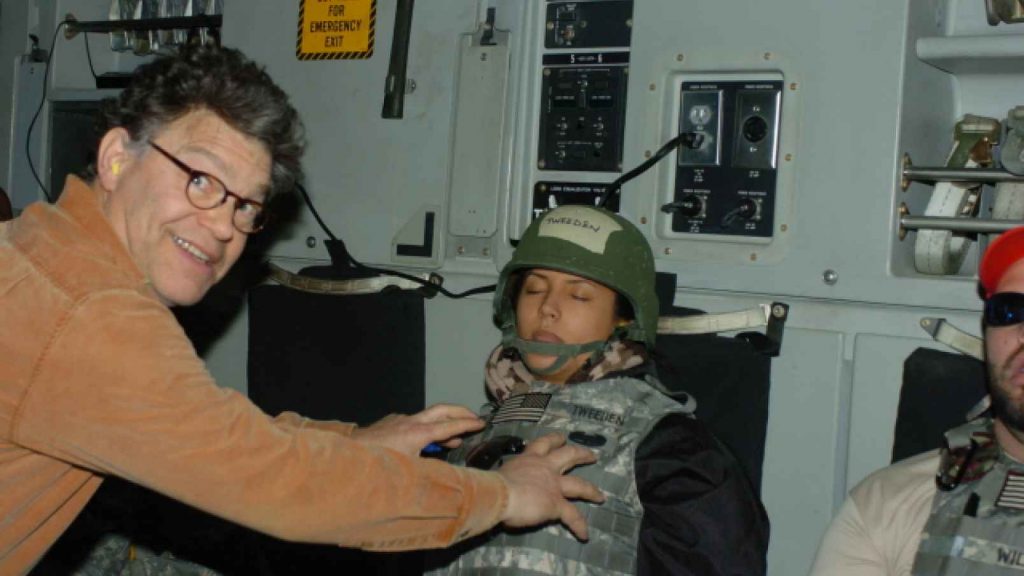 Here’s all the Dem hypocrisy on sexual harassment you could ever possibly want wrapped in a neat red bow.

One of Hillary Clinton’s wealthy pals paid $500,000 in an unsuccessful effort to fund women willing to accuse President Trump of sexual misconduct before the 2016 election, The New York Times reported Sunday.

Susie Tompkins Buell, the founder of Esprit Clothing and a major Clinton campaign donor for many years, gave the money to celebrity lawyer Lisa Bloom who was working with a number of Trump accusers at the time, according to the paper’s bombshell report.

But now Buell is very angry about women coming forward… to accuse Senator Franken. And she’s threatening the Senate Dems who asked him to resign.

One of the Democratic Party’s biggest donors says she is reconsidering her support for the women in the US Senate who called for Al Franken’s resignation following multiple allegations of sexual misconduct and inappropriate touching.

The San Francisco–based donor, Susie Tompkins Buell, 75, has given millions of dollars to Democratic causes since the 1990s. She is best known as a staunch supporter of Hillary Clinton, but has also contributed for decades to Democratic women senators, hosting a regular spring fundraiser for the lawmakers in California called “Women on the Road to the Senate.”

But now these ‘nasty women’ misbehaved by telling a progressive hero to stand down.

In two interviews this week, Buell described the push for Franken’s departure as “unfair,” “cavalier,” and somewhat politically motivated — “a stampede,” “like a rampage,” she said, speaking in stark terms about senators she has backed for years, naming Gillibrand in particular.

“They need to know that some of their biggest supporters are questioning why they did that,” Buell said.

So you’ve got the same Dem donor funding a hunt for Trump accusers while trying to intimidate women in the Senate who took the side of Franken’s accusers.

This is a small window into why Bill Clinton got away with it for so long. It’s also a wonderful celebration of the corruption and hypocrisy of the Dems. All that fake feminism is as fake as it gets.