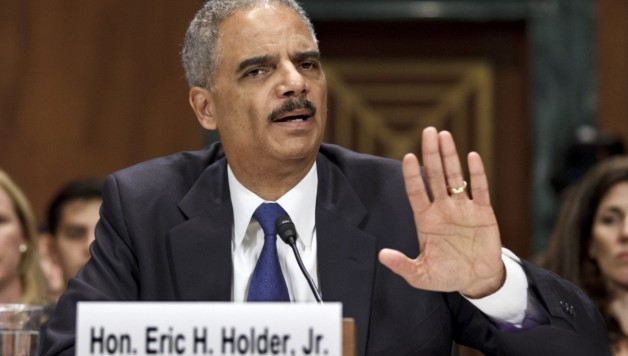 The former Obama administration official told an audience at Rising Mount Zion Baptist Church in Richmond, Va., that democratic voters needed to “off the couch” in large numbers, Politico reports. Holder emphasized the need for higher turnout by saying voting machines are not reliable and that the Virginia gubernatorial race should be a repudiation of President Donald Trump.

He said he was exhausted by the president. Sounding like Obama, Holder talked about making sure “Pootie” and “Ray Ray” got off the couch to vote. He noted that they needed big margins because “voting machines get lost.”

Holder has been a leading proponent of what he calls “protecting voting rights,” and he has alleged that various initiatives to protect against voter fraud amount to “voter suppression.”

“I think what I’m doing now is really a continuation of that which I did as attorney general, speaking out for a more fair, a more just, a more equal America, talking about protecting voting rights, talking about criminal justice reform,” Holder told Politico.

Trump and Republicans, for their part, have alleged voter fraud that Holder and other progressives dismiss as nonexistent.

Since Democrats suffered historic defeat in the 2016 election, Russian involvement in the election has fueled speculation of vote tampering, specifically with voting machines. It’s unclear whether Holder has any evidence of voting machines being lost and affecting the outcome of any races, in Virginia or elsewhere.