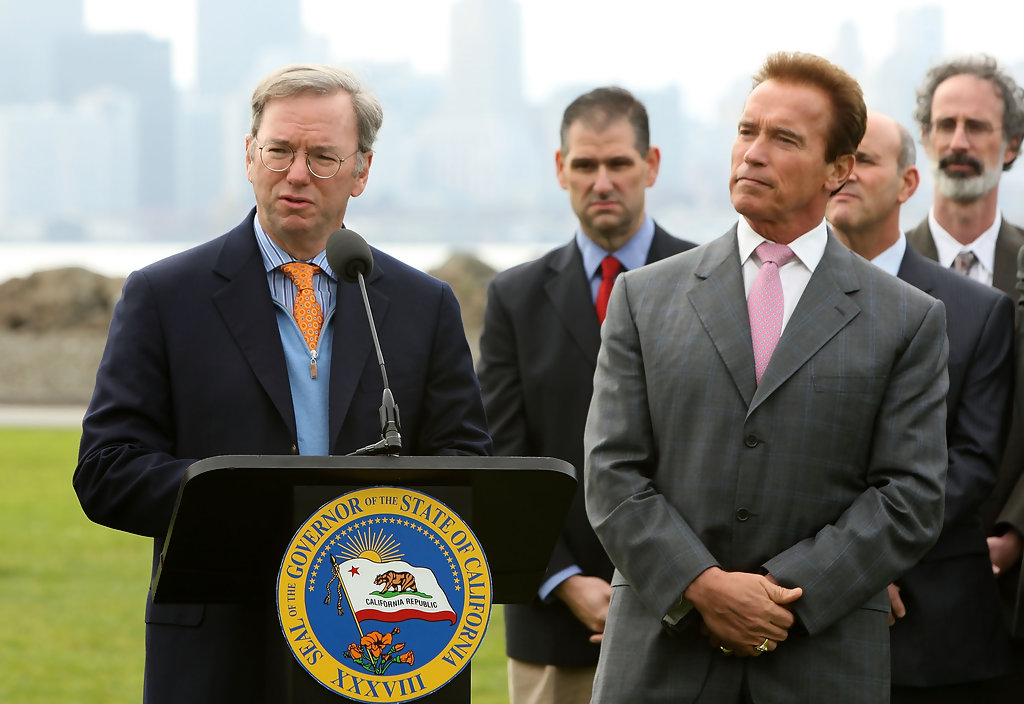 Schwarzenegger rallied the Hollywood crowd by lambasting President Donald Trump’s decision to pull out of the Paris climate accords earlier this month. He claimed that with pollution killing 19,000 people in the world every day, climate change is the type of national security risk that Republicans should demand government address, according to Variety.

He said that as a Republican, he was surprised that an administration from his own party would not give him a national policy waiver on CO2, so that California could regulate its own air. In his “Terminator” persona, he added, “Imagine it for a second. In movies, what you do when something like this happens, is you take those guys who say, ‘It’s not a pollutant’ and you hook their mouth up with an exhaust pipe.”

Democrat Garcetti said that the dangers of climate change should be a narrative that connects “to the people.” He spoke about what life was like as a young boy in the San Fernando Valley in the 1950s, when mothers protested at City Hall by wearing gas masks to emphasize that LA smog was creating neighborhood cancer clusters that threatened their children.

(Neither carbon monoxide poisoning (Schwarzenegger) nor low-level atmospheric smog (Garcetti) has anything to do with global warming.)

Garcetti said that the “Climate Mayors” group in which he participates is committed to meeting the Paris emission targets, and that it mushroomed within 24 hours of Trump’s announcement from 100 cities to 328 cities.

But what plays well with the morally-superior Hollywood rich and famous, and liberal elitist career politicians, does not seem to play as well with the rest of reality-minded Americans, who must worry about being able to pay their bills each month.

In a recent report from the Rasmussen Poll titled, “Are Voters Willing To Pay To Combat Global Warming?”, a national telephone survey of registered voters found only 6 percent of Americans are willing to pay $1,000 or more annually in higher taxes and utility costs to subsidize the cost of adding more sustainable energy to fight global warming.

The average American household is currently paying about $2.24 a gallon for gasoline and expects to buy 769 gallons of gas this year, for an anticipated cost of $1,725, according to AAA. Americans know that a portion of that price per gallon already includes the cost of federal and state climate change subsidies.

But almost every American knows that Californians pay among the highest gasoline prices in the continental U.S. at $2.94 a gallon. Considering taxes and other government interventions, that essentially means that the average California household is already paying an extra $539 to subsidize fighting climate change.