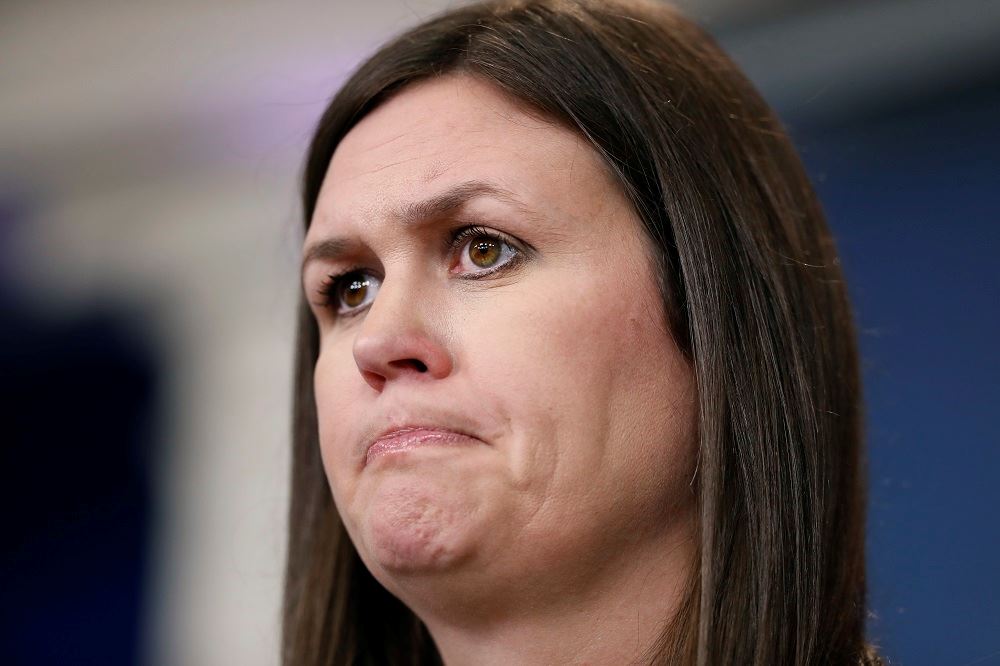 Newly minted White House press secretary Sarah Huckabee Sanders said that she has never seen so much “hostility” from the press corps towards a sitting president like she has seen with President Donald Trump.

During a New York Times interview last week in her West Wing office, Sanders recalled her first press briefing as press secretary when she read a letter written to Trump from a nine-year old. The letter generated backlash from the media because it was perceived as a distraction.

“I didn’t know it was going to be such a controversy,” Sanders said. “I was like, what has happened in America when a kid writes a very innocent, nice letter and it turns into, like, handwriting specialists and psychologists?”

“I’ve never seen the level of hostility that this press corps has to the president,” she said.

Sanders was tapped for the press secretary position after her predecessor, Sean Spicer, resigned from the position last month. As deputy press secretary, Sanders flew under the radar without generating much controversy or unhelpful spectacle, the Times reported.

An evangelical who reads from a book of Christian devotionals before every briefing — and the daughter of the pastor-turned-presidential-candidate Mike Huckabee, the former Republican governor of Arkansas — Ms. Sanders is an unlikely public face for Mr. Trump, a twice-divorced connoisseur of grievance.

She is the first mother to serve as press secretary, and among the youngest to occupy the role. At the lectern, she is folksy, but nimble: She recently deflected questions about “chaos” in the White House by inviting reporters to visit the three preschoolers in her living room. There were laughs, even as Ms. Sanders clearly sidestepped the subject.

She is also unafraid to call out reporters and news coverage that she deems unfair. Asked in the interview if the establishment media is biased against Mr. Trump, she replied, “Absolutely.”

Sanders has invoked her family on multiple occasions during the White House press briefings, which has irritated some members of the press, including Sentinel‘s White House correspondent Brian Karem.

“If she tells me one more story about how three preschoolers can be more chaotic than a hundred and some odd reporters in the White House press office, I’ll even volunteer to babysit,” Karem said.

Sanders said that talking about her family comes naturally, and pushed back against journalists for trying to suggest otherwise in an attempt for “gotcha moments.”

“The reporters will roll their eyes,” she said. “But Sarah isn’t doing that for the press — she’s doing it for their supporters and their base. The more they make fun of it, the more she’ll do it.”