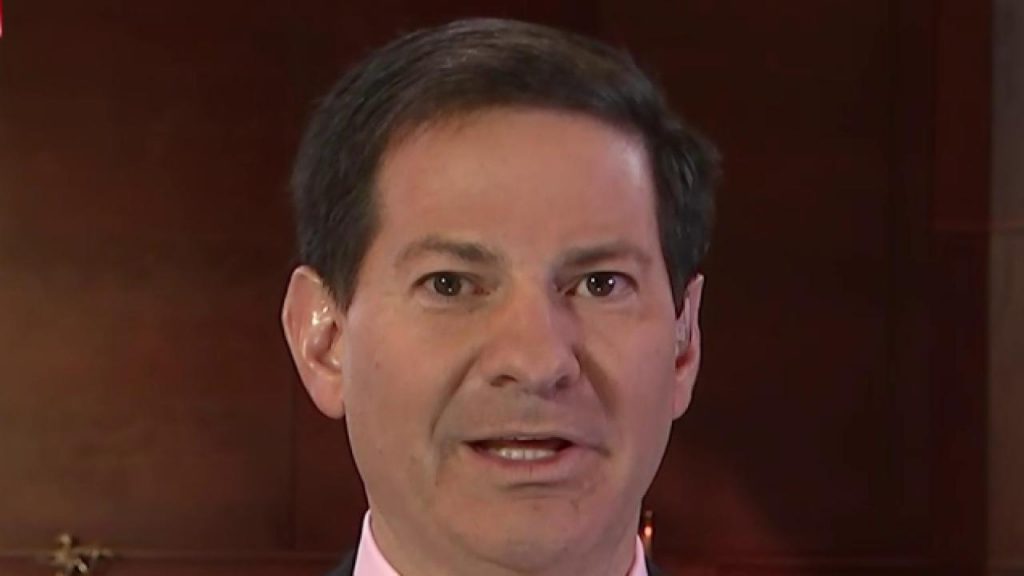 Dianna Goldberg was a young researcher at ABC News in 1994 when she asked a colleague, Mark Halperin, for some information about a story. He readily agreed to help her and asked her to come to his office.

Close the door, he said when she arrived. Come over here, he said, seated at his desk. Sit down and I’ll give you the information, he said. He motioned to his lap.

“What?” she remembers thinking. “I don’t want to sit on your lap.” But Halperin was the political director of the network, a rising star who was highly regarded by ABC’s management, including “World News Tonight” anchor Peter Jennings. Goldberg, who now goes by her married name, May, thought that refusing him could injure her career.

She reluctantly agreed and sat down briefly. Halperin, she recalled on Wednesday, had an erection.

The same routine happened on three or four other occasions, she said. Each instance left her confused, shaken and ashamed.

“I didn’t know what to do,” said May, now a lawyer. “He was important. He wasn’t my superior, but he was certainly in a superior position to mine. I didn’t say anything. I didn’t know how to at the time. I knew it was wrong.

Halperin, 52, went on to become one of the most prominent political journalists of his generation. After leaving ABC News, he worked for Bloomberg Politics and NBC, and he co-wrote “Game Change,” the best-selling chronicle of the 2008 presidential campaign, which was made into an HBO movie. He also co-hosted a discussion program on Bloomberg TV titled “With All Due Respect” and starred with “Game Change” co-author John Heilemann in a Showtime series about the 2016 campaign, “The Circus.” Until Thursday, he was a regular panelist on MSNBC’s “Morning Joe.”

Throughout the years, he also gained a reputation among female campaign reporters and “embeds” — the young journalists who are assigned to follow a candidate full time — for unsavory behavior. Anonymous allegations against Halperin were first reported Wednesday night by CNN.com.

Halperin, in a brief interview Thursday, denied some of the specific accusations against him. He also sent The Washington Post the same statement he sent to CNN: “During this period, I did pursue relationships with women that I worked with, including some junior to me. I now understand from these accounts that my behavior was inappropriate and caused others pain. For that, I am deeply sorry and I apologize. Under the circumstances, I’m going to take a step back from my day-to-day work while I properly deal with this situation.”

In the three weeks since dozens of women came forward with allegations of sexual assault and misconduct against movie mogul Harvey Weinstein, the cultural landscape has been altered, with claims brought against figures across other industries. Halperin is the highest-profile media figure in Washington to be accused.

The fallout from the CNN report has been swift. HBO said Thursday that it has canceled a miniseries based on “Game Change.” MSNBC said Halperin “is leaving his role as a contributor until the questions around his past conduct are fully understood.”

The Post spoke with nine women, including May, who said they were aware of, or had directly experienced, unwanted contact by Halperin over a period dating to the mid-1990s. All except May spoke on the condition of anonymity to describe their encounters, or colleagues’ encounters that they said they were told about.

The alleged conduct ranged from relatively trivial unwelcome contact — grabbing and holding women’s hands, for example — to inappropriate late-night phone calls and aggressive and repeated sexual propositioning. Several of the accusers recounted episodes in which he rubbed his erect penis against them — a claim specifically denied by Halperin in an interview. One woman said he appeared wearing only an open robe when a young campaign operative was summoned to deliver information to his hotel room.

Separately, Emily Miller, an author and political correspondent for the One America News cable network, said she was “sexually assaulted” by Halperin when she worked at ABC News. “I did not report Halperin to ABC because I thought I was the only one, and I blamed myself, and I was embarrassed and I was scared of him,” she wrote on Twitter and Facebook on Thursday. Miller, who did not respond to requests for comment, provided no specifics of the alleged assault in her posts. Halperin also specifically denied her statement.

The women who spoke to The Post said Halperin was at his most aggressive during the 2004 campaign, when he was in charge of ABC News’s political coverage. As political director for the ­Disney-owned network, he was empowered to select the embeds, a low-level position but an important step in a highly competitive business.

Out of roughly 60 people who were interviewed for 13 positions, Halperin selected 11 women — all of them young, attractive, well-educated and ambitious.

“It was a big deal to get chosen by someone so powerful,” one woman said. “When you’re 23 or 24 and you get to cover a presidential election and report to him — yeah, that’s a big deal.”

Among this circle, and the larger campaign press corps, Halperin’s misbehavior was “an open secret,” according to Clarissa Ward, a CNN reporter who formerly worked at ABC.

One woman who worked with Halperin at ABC said in an interview that “he did a lot of inappropriate and creepy things. He would suggest that you come to his hotel room at late hours. He would call you at 2 in the morning — and not to discuss anything work-related.

“It was not okay,” she added. “It was unwanted and unwarranted. It was like the guy just thought it was all a perk of the job, that he could shoot as many fish in a barrel as he liked.”

Another woman who worked with Halperin said he would sometimes dangle his hotel key in front of a young colleague, mention his room number and invite her to his room. Halperin, based in New York, would often stay at the Mayflower Hotel in Washington, across from ABC’s news bureau. “It was yucky,” she said. “Just gross.”

He would also use the prospect of travel to a big political event — the conventions or debates — as leverage over subordinates, another former ABC journalist said. “’If you want to cover the convention,’ he’d say, ‘Maybe we can meet for a drink and discuss it after work.’ ”

In a statement, ABC News said that “Mark left ABC News over a decade ago, and no complaints were filed during his tenure.” It offered no further comment about Halperin. The network released a memo from its president of news, James Goldston, in which he reminded employees about the process for reporting harassment.

There have been a few hints about Halperin, most notably in the wake of the Weinstein scandal. After women began posting stories of harassment or assault using the #MeToo hashtag on social media in the past two weeks, former ABC News journalist Melinda Arons offered one of her own: “I’ve been hesitant to hop on the bandwagon, but me too of course . . . though the most disgusting examples I know of happened not to me but to several female colleagues by one man in particular when we were 20-somethings coming up in news. I haven’t been able to stop thinking about it since Weinstein story broke.”

Arons declined to comment for this article, but former colleagues said she was referring to Halperin.

In a lengthy thread posted on Twitter on Thursday, Ward lashed back at men who said that women at ABC News were “somehow responsible” for enabling Halperin’s alleged abuse. “As if these men have the first idea what it’s like to be a 26 year old girl starting out a career at a major network or any company,” she wrote. “. . . Let’s be very clear — the one responsible for any sexual misconduct that may have taken place is the man who instigated it, not the women who were victims of it, nor their friends and colleagues who tried to support them through it.”

In a brief email exchange, Ward said she was writing on behalf of a former colleague and never had any interaction with Halperin. She declined to comment further.

May told others about the 1994 incidents. They included Matt Bai, a journalist who says May told him about it several years later. But like all the women interviewed for this article, May said she never lodged any formal complaint about Halperin. To this day, she thinks that was a mistake.

“I was a victim of Mark’s repulsive behavior,” she said. “For years I’ve regretted not saying something. But I was embarrassed and scared that I would lose my job if I spoke out. Who would believe me? It was an awful position to be in.”