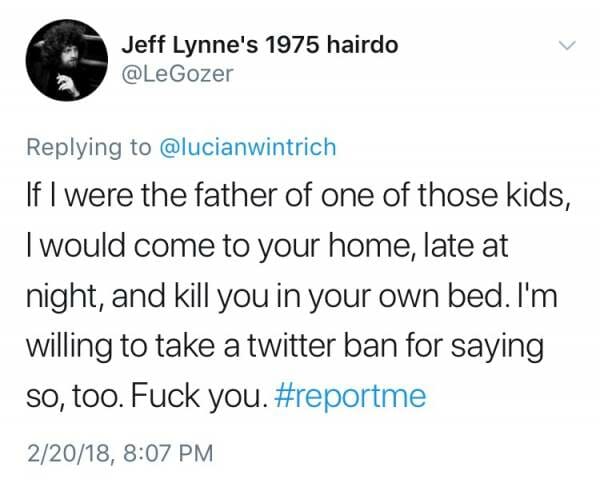 Wintrich accurately reported it appeared David Hogg was being coached by CNN to spew anti-gun, anti-Trump rhetoric following the shooting. The Gateway Pundit was the first publication to point out the media was heavily scripting the narrative in order to push gun control and we were right.

An anonymous Twitter user under the handle @LeGozer was angry with Lucian Wintrich and decided to express this anger in a very graphic and threatening tweet last week.

@LeGozer tweeted, “Lucian Wintrich, if I were the father of one of those kids, I would come to your home, late at […]