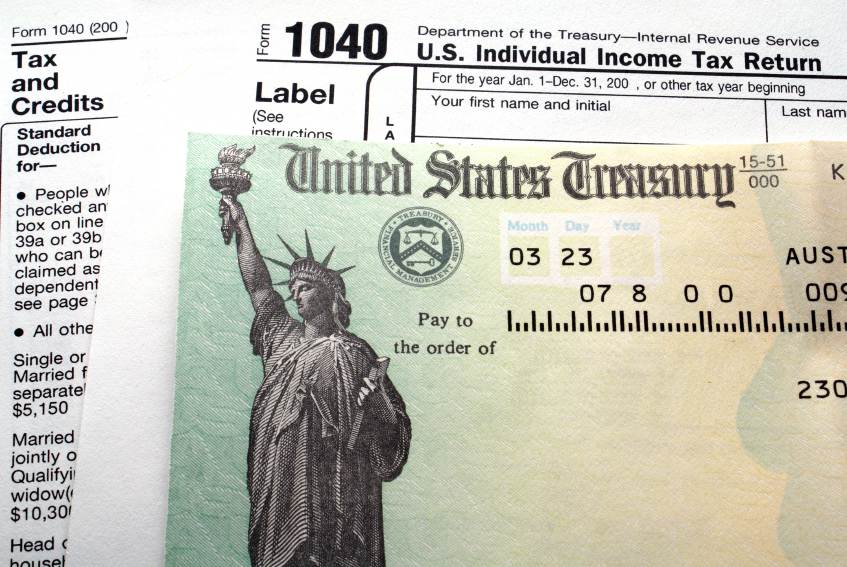 Trump’s IRS is still zealously enforcing the individual mandate against hardworking taxpayers who aren’t asking for subsidies or refundable tax credits, but just want to be left alone. At the same time, the IRS is doling out refundable tax credits to illegal aliens, who happen to also be exempt from the individual mandate penalty. We are strangers in our own country.

For reasons only Allah knows, Trump has not fired John Koskinen as Commissioner of the IRS.  House conservatives wanted to impeach him when Obama was president for lying to Congress, but everyone thought either way he would surely be fired on Trump’s first day in office. He’s still in power in his full glory. Now he has announced that the IRS plans to enforce the individual mandate even against those who leave the question blank on their tax forms, something the Obama administration didn’t begin enforcing before the election.

Does Trump need to go further than Obama in enforcing Obamacare?

Trump’s very first executive order on Inauguration Day was a directive to various agencies to begin rolling back Obamacare to the extent allowed under law. A month later, the IRS indicated that it would not hold up the tax returns of those who leave empty the box on line 61 of page 2, which asks filers to disclose whether they had continuous medical insurance coverage for the previous year. While they reserved the right to send follow-up letters inquiring about the empty box, they would not immediately reject the return.

But doesn’t the law require the IRS to enforce the mandate, you might ask? In reality, this was the policy of the Obama administration for the first few years of the mandate. The Obama administration only announced it would begin automatically rejecting returns that left box 61 blank last year as applied to tax returns from this year. All Trump had to do was preempt this change and merely continue Obama’s baseline policy from the previous tax year. Yet, the IRS announced on their website last week that they would begin categorically rejecting any 1040 that left this box blank.

Guess who is hit by this unconstitutional fine of up to $2,085 per family for not purchasing cartel insurance? It’s mainly the forgotten 10 million victims of Obamacare who lost the insurance they liked but are now forced to buy a policy three times the price of their previous insurance without being eligible for subsidies.

Now, hold this thought for a moment. Trump’s IRS is overzealously enforcing the unconstitutional mandate. At the same time, no such alacrity exists to uphold federal law barring illegal aliens from getting welfare. In 2011, the Treasury Inspector General for Tax Collection released a shocking report detailing how illegal aliens are able to utilize a filing loophole to obtain $4.2 billion every year in Additional Child Tax Credit (ACTC) funds. The ACTC, much like the Earned Income Tax Credit (EITC), is refundable, meaning it’s essentially a welfare payment through the tax code. While the IRS requires tax filers to supply a valid Social Security number in order to receive the EITC, they purposely allow illegal aliens to get the ACTC by simply providing an Individual Taxpayer Identification Number (ITIN) supplied to them by the IRS itself. It’s yet another classic case of the fox guarding the hen house.

The IRS could easily check with DHS and the Social Security Administration to verify one’s legal status and hold up any tax credits for illegal aliens, yet they concocted a scheme to ensure they get welfare.

Not only does the IRS have the discretion to enforce the law against illegal aliens, they are likely required to do so. Section 401(c)(1) of the Personal Responsibility and Work Opportunity Act of 1996  (PRWOA), the famous welfare reform bill, bars unlawfully present aliens from receiving any “retirement, welfare, health, disability, public or assisted housing, postsecondary education, food assistance, unemployment benefit, or any other similar benefit for which payments or assistance are provided to an individual, household, or family eligibility unit by an agency of the United States or by appropriated funds of the United States.”

Refundable tax credits should definitely count as forms of payments and assistance to individuals because all government budget scoring entities, including the Treasury Department, the IRS’s parent department, counts refundable tax credits as “outlays,” not just reductions in revenue.  The Congressional Budget Office, the arm of Congress, which wrote the welfare reform statute prohibiting programs from being doled out to illegals, counts refundable tax credits among “income security” programs, such as food stamps and housing assistance. Also, the language of the 1996 statute makes clear the intent of the law: “[i]t is a compelling government interest to remove the incentive for illegal immigration provided by the availability of public benefits.”

Thus, for those keeping score, the IRS zealously enforces a law fining middle-to-upper-income Americans who merely want to be left alone, but decline to enforce the law preventing illegals from getting welfare through the tax code. “The IRS could save billions of taxpayer dollars every year by simply enforcing the terms of the 1996 welfare reform law and denying all refundable credits to tax filers who are unlawfully present in the United States,” said Rosemary Jenks, Director of Government Relations for Numbers USA. “Apparently, though, Koskinen’s IRS is less interested in applying laws that save taxpayer money.”

It’s also important to note that the roughly 700,000 recipients of Obama’s illegal executive amnesty were granted Social Security cards and were obtaining the EITC as well as the ACTC. Does anyone believe Koskinen’s IRS will decline to send those checks next year now that Trump has terminated the amnesty program?

Enforcing the law against illegals, doing the bare minimum to uphold Obamacare, and cracking down on Congress’ illegal exemption from Obamacare are easy policy wins Trump can unilaterally enact today. But that would require personnel changes that, for whatever reason, he is clearly reluctant to make.