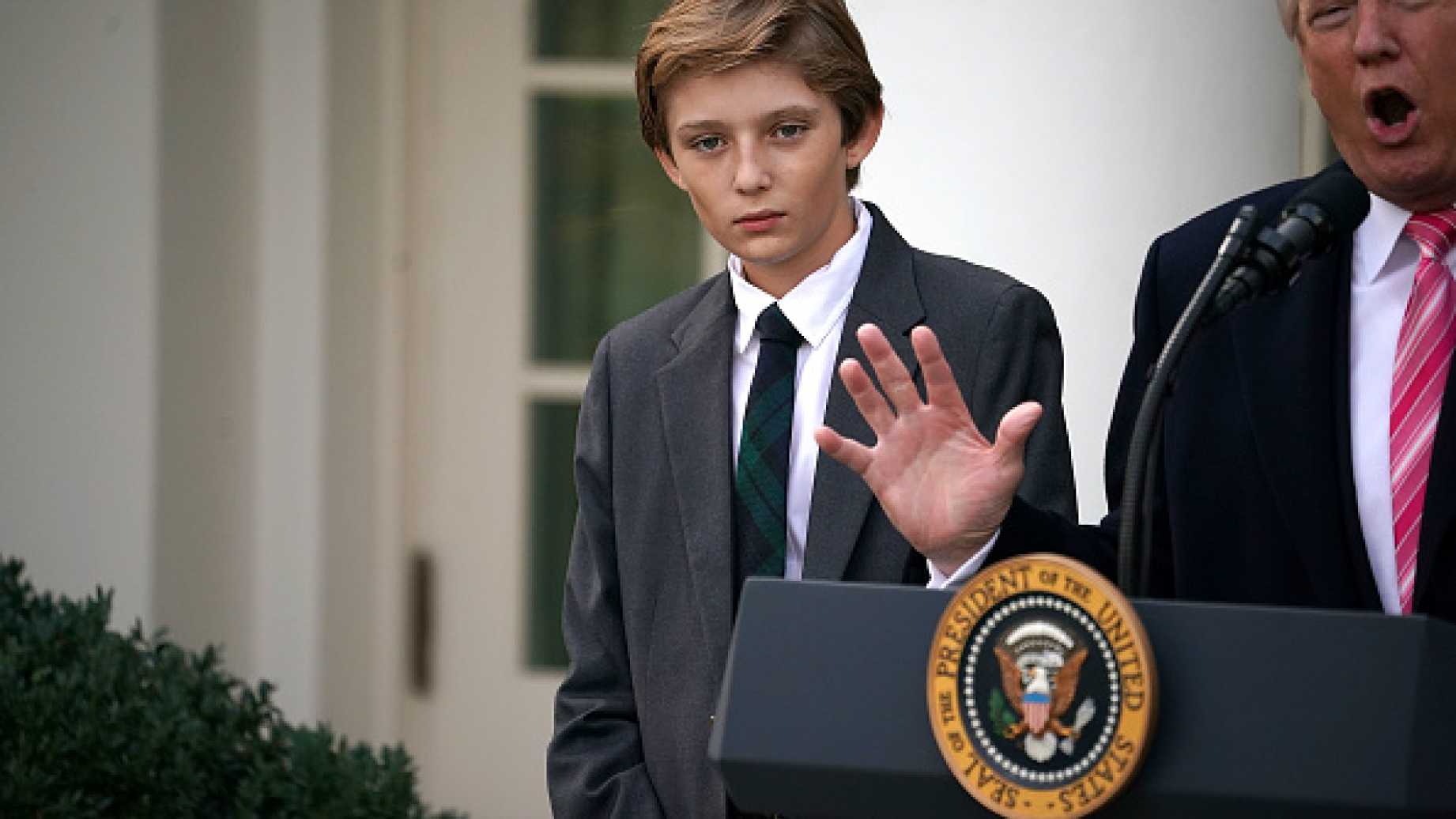 “Handle the son of the mule of America”

According to The Washington Free Beacon, “pro-ISIS internet channels are calling for the assassination of President Donald Trump’s son, Barron, and have shared personal details of the child’s life on its social media networks, including the address of his school.”

The Middle East Media Research Institute (MEMRI) translated a mass call for terrorists to assassinate Barron Trump that was disseminated on the widely-used Telegram app. The message not only shared the name of Barron’s school, but also a Google map image pinpointing its location.

“Using the hashtag ‘handle the son of the mule of America,’ the supporter, who uses the name “Dak Al-Munafiqeen,’ Arabic for ‘striking the hypocrites,’ wrote: ‘Barron Trump goes to this school in Washington,'” according to MEMRI. “The post was followed by a photo of Barron Trump. To widely disseminate the call for assassination, several pro-ISIS Telegram channels have shared and forwarded the post.”

Thankfully for both President Trump and 11-year-old Barron, America’s First Family is well protected by the Secret Service, though technology in coming years could make protecting the First Family outside the White House a difficult task.

With the advancement of drone warfare, where machines have increasingly become more autonomous, scientists have begun urging the international community to issue bans on killer robots, the likes of which could have the capability of detecting facial recognition and issuing a fatal shot to the head without the use of remote control.

The call for Barron’s assassination comes just days after another ISIS group featured a propaganda image of beheaded Pope Francis on the app Telegram last week. The threats do not necessarily mean a direct threat, but rather a call to action to lone wolves.

As Daily Mail reports, “analysts have warned of a possible upsurge in ISIS attacks overseas following the collapse of their so-called Caliphate in the Middle East. The terror group typically uses such attacks as a means of exerting fear and making their influence felt at a time when their power is diminishing.”

The diminishing power of ISIS cannot be understated. Under the leadership of President Trump, loosened restrictions on military leaders have enabled resistance forces to fight the caliphate full-on, culminating in last month’s conquering of ISIS strongholds Raqqa and Dier Ezzor.