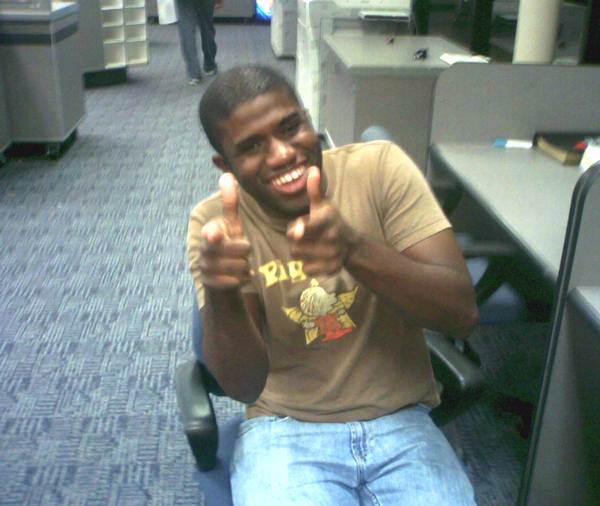 Some men just want to see the world burn. Others just want to teach English to aspiring suicide bombers and their sex slaves.

A 33-year-old Texas man seeking join the Islamic State sent a cover letter along with his resume to the terror group explaining why he is the best candidate to teach English in the Caliphate, according to a report compiled by George Washington University.

“I am looking to get a position teaching English to students in the Islamic State,” Warren Clark, a University of Houston graduate, wrote in the letter addressed to “Director,” The New York Daily News reported, citing the school.

Clark used his jihadi name – Abu Muhammad al-Ameriki – to apply for the position at a university in Mosul in Northern Iraq .  The city was held by ISIS until July 2017 when the Iraqi forces liberated the city.

“I was born and raised in the United States and have always loved teaching others and learning from others as well,” he reportedly continued in the letter. “My work background is largely in English and I consider working at the University of Mosul to be a great way of continuing my career.”

The job application was revealed by the George Washington University report on American jihadists in Syria and Iraq.

The university’s researchers said they confirmed Abu Muhammad was Clark after looking into his resume, according to The Daily News. His past experience claims work as a substitute teacher in Texas before leaving the U.S. for Saudi Arabia to teach English.

The report says Clark likely joined the Islamic militants in Iraq and is still believed to be alive. It is unclear what his role in the terror group is.

Teaching English to suicide bombers probably isn’t in demand. Also learning English is probably for infidels. The only legitimate reason to learn English would be to infiltrate the United States. And it’s not as if they would even need to bother. Not only has multiculturalism made us relentlessly multilingual, but some of the 9/11 terrorists who could barely fill out their applications, still got in.

Keeping out ISIS terrorists who don’t speak English would no doubt be some sort of hate crime.

But ISIS was not looking for English teachers anyway. It used foreign Jihadis, and Clark would be about as foreign as you get being a likely convert, as cannon fodder. Islamic terrorist organizations, even ones as broad as ISIS, still tend to place different values on recruits by race and ethnicity.

Maybe I’m wrong though and Clark is teaching English to a drone somewhere.