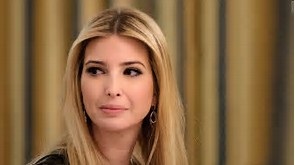 Ivanka Trump appeared on Fox & Friends this morning and provided a solid and dispassionate defense of many of the controversies and criticisms surrounding the presidency of her father.

Co-host Brian Kilmede opened with a polite question about the James Comey hearing from last week, and Ms. Trump gave the predictable response that “my father felt very vindicated,” before continuing with “and all the statements that he has been making and feels incredibly optimistic.” She then pivoted to a topic that continued for the balance of the interview, saying “You know, at the White House and throughout the administration, we were incredibly focused on the reason we all went to Washington.”

Since the White House press staff have begun to defer all questions about the investigation into Russian election to President Trump’s legal team, the vacuum of surrogates willing to appear on Trump’s behalf has fallen to family members: Donald Trump Jr. appeared Saturday night with Judge Jeanine Pirro over the weekend and, now, Ivanka today on Fox & Friends.

The interview was filled with both the sort of softball questions and politically expedient bromides one might expect in such chummy confines. The one bit of interest came when the presidential daughter admitted that the level of meanness they’ve felt inside the Beltway caught her off-guard.
Critics are sure to point out that President Trump’s demeanor towards his past and current political foes has not always been civil, though that is a topic for anther conversation.